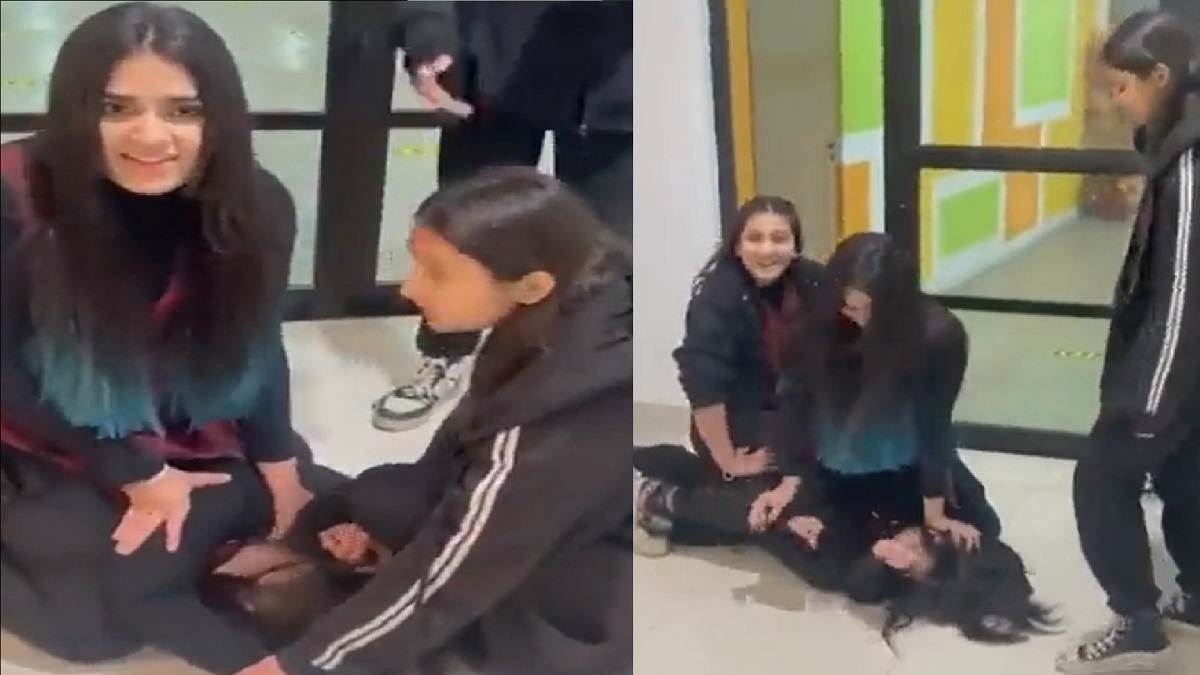 After a video of a girl being tortured by her classmates over drugs at a top private school in Pakistan’s Punjab went viral on social media, the police booked four girls into the matter.

Girl students’ fight on the issue of drugs at a top private school prompted authorities to launch an investigation.

The incident took place on January 16 at the American International School located in the Defence Housing Authority (DHA) in Lahore.

A case has been registered by the police against the four girls after the victim’s father Imran Younis filed a complaint.

According to the FIR, the victim recorded the video of class fellows taking drugs on campus.

One of the suspects “is a boxer who hit the victim in her face while another kicked her, causing injuries to her face. Another girl tried to strangle her,” the victim girl’s father said in the FIR.

The Capital City Police Lahore and the Punjab Police have responded to the video, saying a case has been registered and that an investigation has been launched into the incident.

Drug use in Lahore’s educational institutions is on the rise.

According to the chief minister’s advisor on Drug Control Programme Zulfiquar Shah, drug usage has risen at an alarming rate in both private gatherings and educational institutions in Lahore.

“Last year, Lahore Police booked over 9,000 drug dealers and drug peddlers in the city. Similarly, 4,590 kg of Hashish, 60 kg of heroin and 20 kg of ice were recovered from the possession of the suspects,” he said.