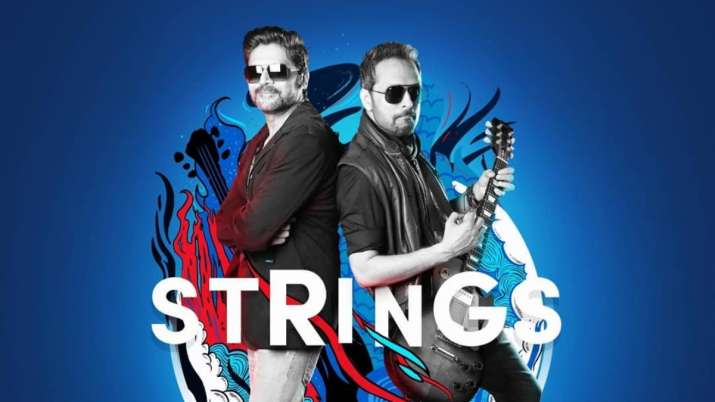 If you’re from ’90s and ‘2000s you must have vibed to the tunes of ‘Ye Hai Meri Kahan’ and Shoot Out At Lokhandwala’s ‘Aakhiri Alvida’. The songs were from the famous Pakistani rock band Strings. Now, after a 33-year-long musical partnership, the band announced its separation via social media. The band which is known for belting out hits songs like “Dhaani” and “Duur” announced its disbanding on Thursday. The group took to social media saying that the members will share an “inseparable bond”. The band also thanked fans for showering love on them over the years.

“Hey guys. This post is a bit different from the usual. We have decided that today, 25/03/2021, is the day we graciously get to conclude Strings. The past 33 years have been incredible for both of us,” it read.

“It’s so rare to have the chance to be able to do things like this and we are infinitely grateful to all of our fans for making it possible. We hope you found it worthwhile as well. While the band technically may not be together anymore, both of us share an inseparable bond that will connect us no matter where life takes us. Thank you so much for everything,” the farewell note read.

The news broke many hearts. Ardent fans of the musicians took to social media platforms to share their memories of the band and expressed how heartbroken they are. A Twitter user wrote, “Strings has now become ‘no Strings attached’ #StringsForever,” while another said, “Thankyou for making our childhood so wonderful. You will be missed #StringsForever #Strings #StringsBreakUp.” Some also said that it is an end of an era. Sample these tweets to see how fans reacted to the news of Strings breaking up:

Strings was formed as a college band by four students — Bilal Maqsood, Faisal Kapadia, Rafiq Wazir and Kareem Bashir Bhoy in 1989. Despite two successful albums ‘Strings I’ (1990) and ‘Strings II’ (1992), the band took a break for eight years. Maqsood and Kapadia then revived the band in 2000 and released their third album “Duur”, which was a huge hit.

–with inputs from PTI

Kabir Bedi on his relationship with Parveen Babi, Protima: Went from one emotionally draining woman to another