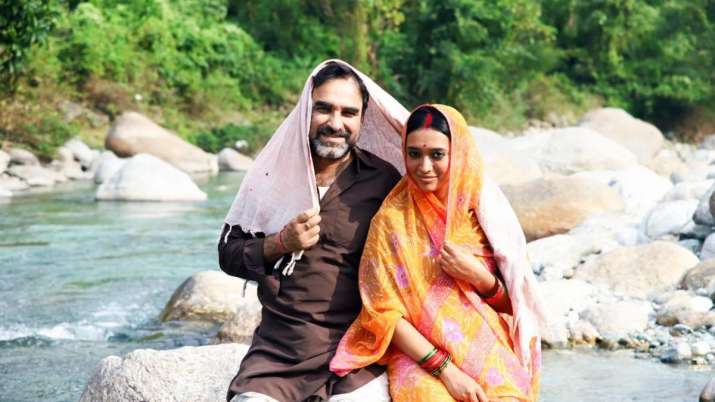 Pankaj Tripathi has tweeted a sunny on-location picture with co-star Sayani Gupta to ramp up the excitement for Srijit Mukherji’s ‘Sherdil: The Pilibhit Saga’, which is slated for a June 24 release.

“The affection in the eyes. The purity in the hearts,” the actor tweeted about the picture. In her retweet, Sayani gushed lovingly: “Dreamy eyed with this dreamy man!”

It made Mukherji, a noted Bengali director, weigh in with the comment: “Dhoop tera mastana!’ — obviously playing with the words of the famous Kishore Kumar song, ‘Roop tera mastana’, picturised on Rajesh Khanna and Sharmila Tagore in ‘Aradhana’.

‘Sherdil: The Pilibhit Saga’, which is all about the interplay of urbanisation, poverty and man-animal conflict, is Mukherji’s second Hindi film after the 2017 period drama ‘Begum Jaan’, starring Vidya Balan. He said he drew inspiration from a real incident caused by “tragic practices” in villages bordering the Pilibhit Tiger Reserve.

“It takes great courage to sacrifice one’s life to save the family and my film revolves around this heroism with a focus on the conflict between man and nature,” he said.