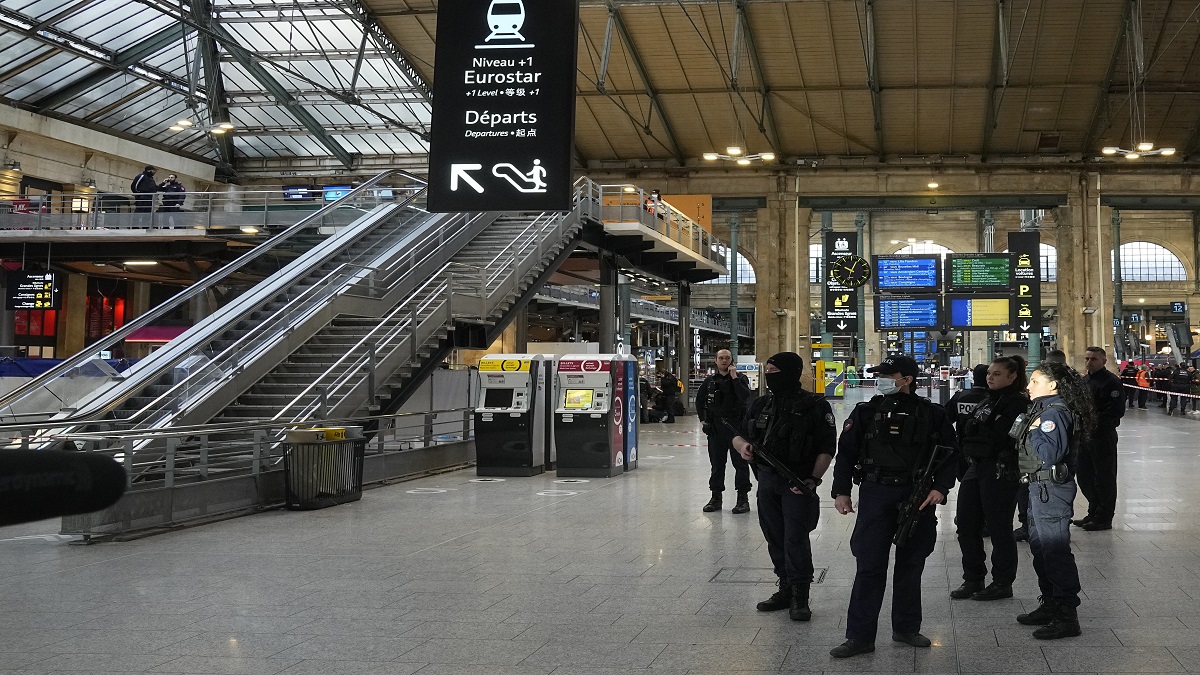 The man had attacked several people, including a police officer, with a “bladed weapon” at around 6:43 a.m. Gerald Darmanin told reporters at the scene. He said the unnamed assailant was currently “between life and death” in a hospital.

Several passengers and a border police officer were among the wounded, according to officials. The officer was stabbed in the back by the assailant, but was saved by a bulletproof vest, Darmanin said.

Another one of the other victims was seriously injured in the shoulder blade and taken for emergency treatment.

Darmanin thanked the police “for their effective and courageous reaction.”

Video of the Gare du Nord, one of the French capital’s busiest commuter stations, showed an eerie calms as dozens of police huddled nearby the Eurostar terminal entrance in areas cordoned off from the public.

No specific motive, including terrorism, has currently been suggested by authorities.