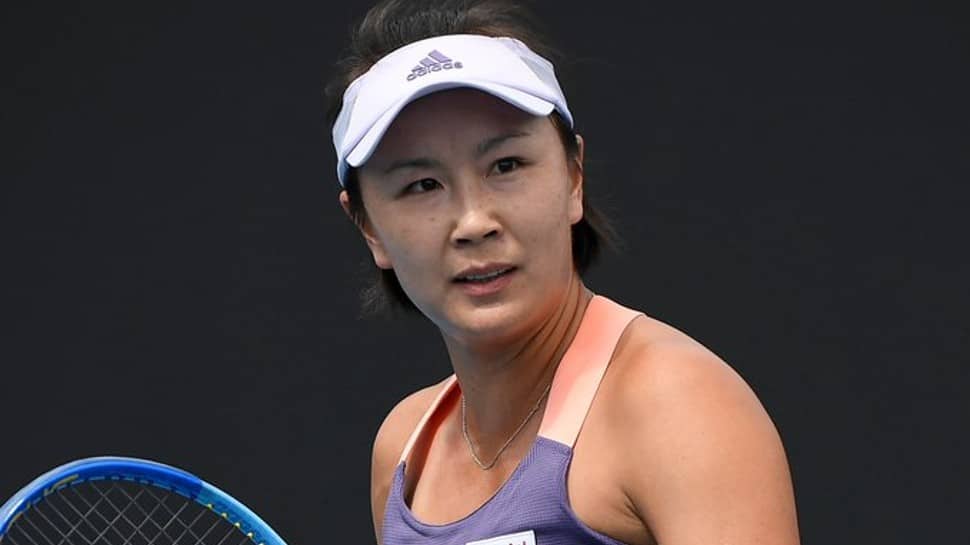 She appeared at a dinner with friends on Saturday and a children’s tennis tournament in Beijing on Sunday, photographs and videos published by Chinese state media journalists and by the tournament’s organisers show. But they have done little to quell concerns.

We are united with the rest of tennis in the need to understand that Peng Shuai is safe.

“It was good to see Peng Shuai in recent videos, but they don’t alleviate or address the WTA’s concern about her well-being and ability to communicate without censorship or coercion,” a WTA spokeswoman said in an e-mail. Asked about the call with the IOC, the spokeswoman said: “This video does not change our call for a full, fair and transparent investigation, without censorship, into her allegation of sexual assault, which is the issue that gave rise to our initial concern.”

The IOC said in a statement that Peng held a 30-minute call with Bach on Sunday during which she said she was safe and well at home in Beijing and wanted to have her privacy respected for now. Amnesty International’s China researcher Alkan Akad told Reuters the video call did little to ease fears over Peng’s wellbeing. “The International Olympic Committee is entering dangerous waters,” Akad said. “In the past, we have seen various similar cases where people had no option but to say what they had been told to.”

The Chinese Foreign Ministry did not immediately respond to an email request on Monday for comment on the Amnesty statement.

The White House, weighing a possible diplomatic boycott of next year’s Winter Olympics over what Washington says is China’s genocide against minority Muslims, something that Beijing denies, said last week it was concerned about Peng and joined calls for Beijing to provide proof of her whereabouts.

Asked if there were concerns about the safety of U.S. athletes at the Beijing Games and if Peng’s disappearance meant it was time to call for a diplomatic boycott, U.S. State Department spokesman Ned Price said the United States was closely monitoring her situation.

“We share the concern that has been expressed around the world as we all want her of course to be safe,” he told a regular briefing, adding that individuals should be allowed to speak freely and seek accountability for sexual assault.

Price said China had “a zero-tolerance approach for criticism and a record of silencing or attempting to silence those who do attempt to speak out.” French sports minister Roxana Maracineanu “is partly reassured by the video but remains concerned and wants the light to be shed on the accusations of sexual assault”, her office told Reuters.

France’s foreign minister Jean-Yves Le Drian said on Sunday that Chinese authorities should let Peng speak publicly. “I’m expecting only one thing that she speaks,” Le Drian told LCI television, adding that there could be unspecified diplomatic consequences if China did not clear up the situation.

Global rights groups and others have called for a boycott of the Winter Olympics over China’s human rights record. The WTA has also threatened to pull tournaments out of China over the matter.

Hu Xijin, the editor of China’s state-owned Global Times who has in recent days posted videos and photographs of Peng in Beijing, said on Twitter on Monday that her appearance should be enough to ease worries of those who truly care about the safety of Peng Shuai.

“But for those aiming to attack China’s system and boycott the Beijing Winter Olympics, facts, no matter how many, don’t work for them,” he said. On November 2, Peng posted on Chinese social media that Zhang had coerced her into sex and they later had an on-off consensual relationship. The post was deleted about half-hour after it was posted.

Neither Zhang nor the Chinese government have commented on Peng’s allegations. China’s State Council Information Office did not immediately respond to a request for comment sent on Monday (November 22).

I am devastated and shocked to hear about the news of my peer, Peng Shuai. I hope she is safe and found as soon as possible. This must be investigated and we must not stay silent. Sending love to her and her family during this incredibly difficult time. #whereispengshuai pic.twitter.com/GZG3zLTSC6

Chinese foreign ministry spokesman Zhao Lijian, when asked on Monday about the concerns over Peng expressed by France, Britain and the United States, said it was not a foreign ministry matter but noted that Peng had recently attended public activities.

Current and former tennis players, including Naomi Osaka, Serena Williams and Billie Jean King, have also joined the calls seeking to confirm she was safe, using the social media hashtag #WhereIsPengShuai?. Men’s singles world No.1 Novak Djokovic said it would be strange to hold tournaments in China unless the “horrific” situation was resolved.

The topic has been blocked from a discussion on China’s heavily censored internet and the comments sections on all remaining posts on Peng’s official Weibo account, and on numerous old posts by users about her, have been locked.

Some Weibo users have found ways around the censors by leaving comments on accounts belonging to foreign tennis players or sports commentators. While a number expressed relief to see her re-appear at the weekend, others said they were sceptical. “I hope it’s not staged,” said one.