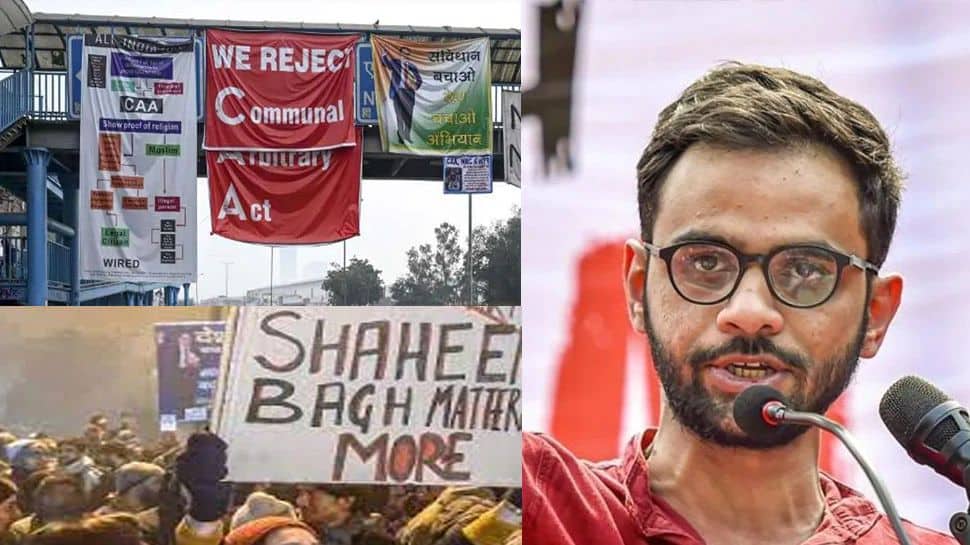 New Delhi: PFI and others were behind the protest in Shaheen Bagh, the Delhi Police said on Tuesday, while opposing the bail plea of Umar Khalid before the Delhi High Court. It believes that there are many elements of the conspiracy. The Delhi High Court was hearing a bail plea of Umar Khalid, an accused in a larger conspiracy case of North East Delhi Violence of 2020. Umar has been charged with various sections of the IPC, including the Unlawful Activities Prevention Act (UAPA).

The division bench of justices Sidharth Mridul and Rajnish Bhatnagar heard the arguments made by Special Public Prosecutor (SPP) Amit Prasad. The court will hear the further arguments on Thursday.

SPP Amit Prasad said before the court that the “DPSG” WhatsApp group was prominent in organising, controlling and mobilising the protest sites.

“Everything was reported to “DPSG” and was supervised and controlled by the senior members of the group,” added SPP.

In the context of conspiracy, the SPP said that he had argued on the first date that there were top conspirators and one of the conspirators was PFI. “The protest sites were not managed and supported by locals,” he mentioned.

He referred to the chats in the group to show that every small detail was deliberated to take further decisions.

“The first phase of protest at Shaheen Bagh failed due to non-mobilisation and the projection of it as Muslim-dominated. During the second phase, the organisers and supervisors tried to keep the protests secular and women-dominated,” SPP further said.

Khalid, Sharjeel Imam, and several others have been booked under the anti-terror law Unlawful Activities (Prevention) Act (UAPA) and provisions of the Indian Penal Code in the case for allegedly being the “masterminds” of the February 2020 riots, which had left 53 people dead and over 700 injured.

The violence had erupted during the protests against the Citizenship Amendment Act and the National Register of Citizens.

The trial court had dismissed the bail petitions by Khalid on March 24.