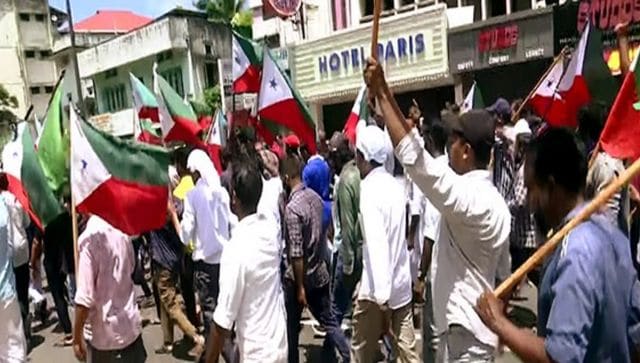 New Delhi: A day after the Centre ordered the blocking of all the social media traces of the Popular Front of India (PFI), the banned outfit’s Twitter account was taken down on Thursday to prevent it from propagating its unlawful activities.

Popular Front of India’s (PFI) official Twitter account has been withheld in India “in response to a legal demand.”

Central govt yesterday declared #PFI and its associates or affiliates or fronts as an unlawful association for 5 years. pic.twitter.com/yTwz2mqv0Y

The government banned the Popular Front of India and its eight affiliates for five years under a stringent anti-terror law, accusing them of having “links” with global terror groups like ISIS, PTI reported.

In a notification issued late Tuesday night, the Union Home Ministry said the central government is of the opinion that the PFI and its affiliates have been involved in subversive activities, thereby disturbing public order and undermining the constitutional setup of the country, and encouraging and enforcing a terror-based regressive regime.

It continues “propagating anti-national sentiments and radicalising a particular section of society” with the intention to create disaffection against the country, it said.

“And whereas, the central government for the above-mentioned reasons is firmly of the opinion that having regard to the activities of the PFI, it is necessary to declare the PFI and its associates or affiliates or fronts to be an unlawful association with immediate effect,” the home ministry notification read.