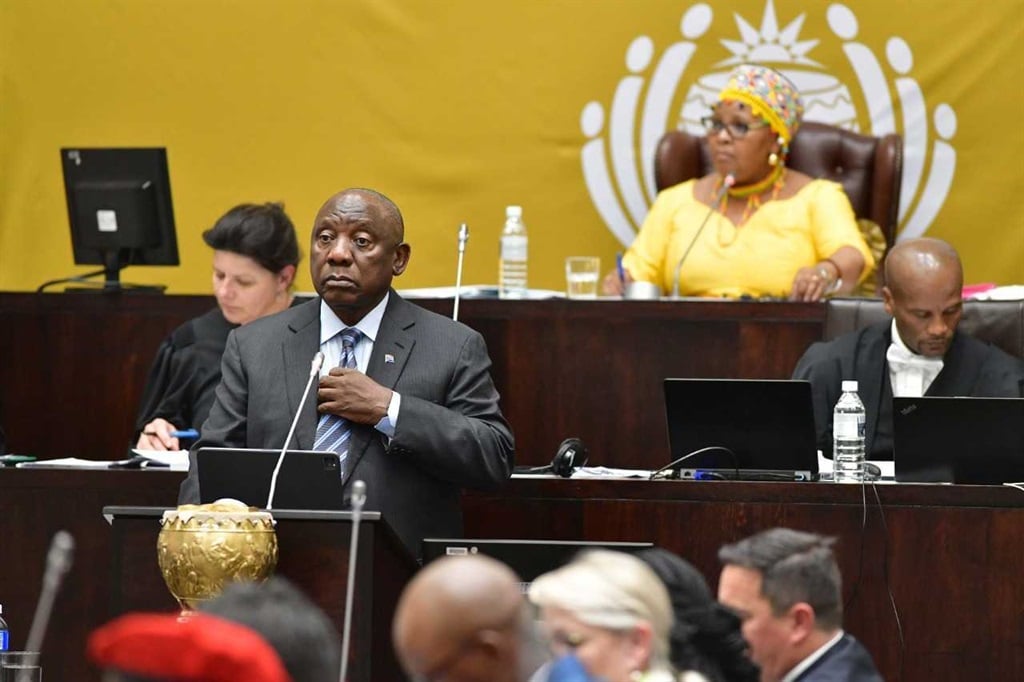 President Cyril Ramaphosa has denied the allegation of money laundering in the Phala Phala matter, reiterating the money was the proceeds of game farming.

During a questions session in the National Assembly on Thursday, he was peppered with questions over the Phala Phala scandal.

In a supplementary question, ATM leader Vuyolwethu Zungula asked why Ramaphosa did not report the crime at Phala Phala to the relevant institution.

The president was responding to an initial question on gang violence from EFF leader Julius Malema.

“I deny that there was any form of money laundering,” said Ramaphosa.

“It was the proceeds of the sale of game,” he told Zungula.

Ramaphosa stated he reported the matter to a police general.

“They are dealing with it, there was no form of money laundering. It was proceeds of sale of game. I have been a game farmer for a number of years. That is an activity that sometimes results in the sale of animals.

“I will subject myself to all manner of processes. I will cooperate to the fullest of my ability,” he told MPs.

Ramaphosa said there were about eight authorities investigating Phala Phala.

According to Fraser’s affidavit, Ramaphosa had at least $4 million in cash stashed in a couch at his game farm – and then played a part in a cover-up following an allegedly illegal investigation into the matter.

Furthermore, he said his accountability to Parliament would culminate in his cooperation with the Section 89 inquiry.

The National Assembly’s rules for the Section 89 process – the section of the Constitution dealing with the removal of the president – require three “fit and proper, competent, experienced and respected South African citizens”, to serve on the panel.

Former chief justice Sandile Ngcobo will chair an independent panel that will determine whether Ramaphosa has a prima facie case to answer on Phala Phala.

Following objections from the DA and EFF last week, legal academic and political commentator Richard Calland announced he would no longer serve on the panel.

Replacing him is advocate Mahlape Sello SC while the third person is former judge Thokozile Masipa.

As a parting shot, DA leader John Steenhuisen asked Ramaphosa why there was no case number for the Phala Phala theft.

“Processes will unfold. In the end, the police general will be able to answer that question,” Ramaphosa told Steenhuisen.