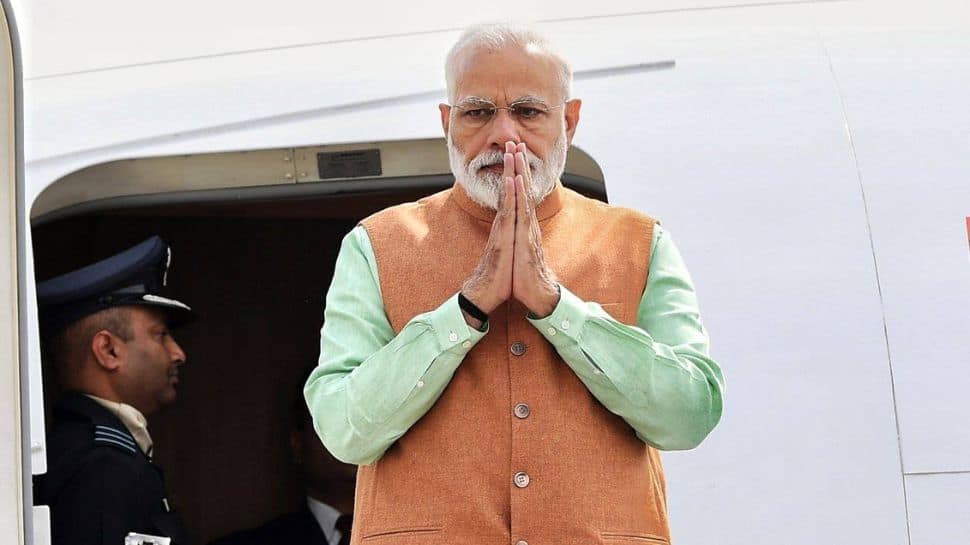 Ahmedabad: Prime Minister Narendra Modi will be on a two-day visit to his home state Gujarat starting this Saturday. As per the government officials, PM Modi will launch several projects and inaugurate a memorial for the victims of the 2001 Gujarat earthquake during his two-day visit to Gujarat. The PM will begin his visit by addressing the Khadi festival where hundreds of weavers will weave charkha at the Sabarmati Riverfront in Ahmedabad at 5.30 pm on Saturday.

PM Modi will visit the Kutch district on August 28, where he is scheduled to inaugurate or lay the foundation stone of about a dozen projects, including “Smriti Van Memorial” in Bhuj.

‘Smriti Van’ is a memorial built atop the Bhujio hill near Bhuj town in the Kutch district, as a tribute to over 13,000 people who died in the Gujarat earthquake on January 26, 2001.

The 2001 earthquake wreaked havoc in the Kutch district killing a large of people. The memorial-cum-museum was passed by Modi when he was the chief minister of the state and will now be inaugurated.

Later, the Prime Minister will address a gathering at the Kutch University grounds in Bhuj, where he will launch several projects, including a new plant for Sarhad Dairy and four-laning of the Bhuj-Bhimsar highway, officials said.

PM Modi is frequently visiting Gujarat as it goes to the polls later this year. This will be his second visit this month.

Meanwhile, the Aam Aadmi Party has also stepped up its campaign for the Gujarat elections. Delhi Chief Minister Arvind Kejriwal and deputy CM Manish Sisodia are on a two-day visit to Gujarat to campaign for the upcoming assembly elections.