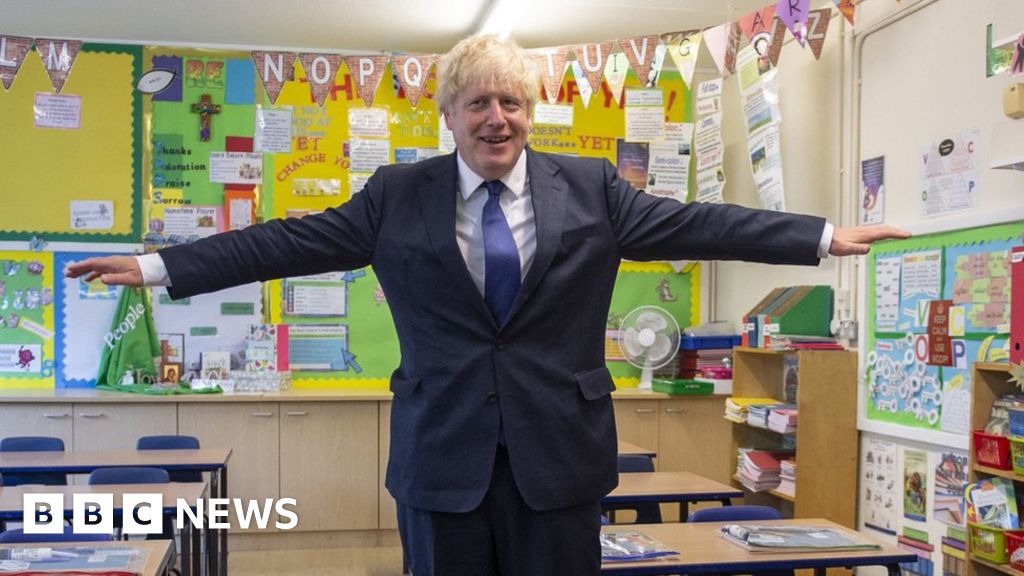 It is understandable that there is “anxiety” over exam grades, the prime minister has said, as pupils prepare to receive estimated results this week for tests cancelled during lockdown.

Visiting a school in London, Boris Johnson said he was also “very, very keen that exams should go ahead as normal” in the coming academic year.

A-level results in England, Wales and Northern Ireland are due on Thursday.

It comes as ministers try to persuade parents that reopening schools is safe.

Education Secretary Gavin Williamson said there was little evidence of coronavirus being transmitted in schools and the plan to fully reopen England’s schools in September was guided by the best science.

Government advisers have warned the nation may have reached the limit of what can be reopened in society safely.

But asked on a visit to a school in east London whether parents should brace for local closures to combat flare-ups of the virus, Mr Johnson said education was a priority.

“The last thing we want to do is close schools. Education is a priority for the country – that is simple social justice,” he said.

“Clearly, because of what has happened this year, there is some anxiety about what grades pupils are going to get, and everybody understands the system that the teachers are setting the grades, then there’s a standardisation system,” he said.

“We will do our best to ensure that the hard work of pupils is properly reflected.”

The PM’s comments came as pressure mounted on Scotland’s Education Secretary John Swinney to U-turn over grades for cancelled exams after protests from pupils.

The Scottish Qualifications Authority lowered grades estimated by teachers using an algorithm – with pass rates for pupils in deprived areas downgraded further than those in more affluent parts.

Guidance on reopening schools has been published for England. There are also separate plans for Wales, Northern Ireland and Scotland, where schools are scheduled to return from Tuesday.

It is usually pupils who are nervous about exam results and going back to school.

But it is ministers who are feeling the heat, over a pile-up of school-related problems.

A-level results are out this week – and Boris Johnson has been empathising with the “anxiety” of students getting replacement grades.

Did he also reveal how confusing it will be?

“Everybody understands the system that the teachers are setting the grades, then there’s a standardisation system,” Mr Johnson said on a school visit.

But in practice, teachers’ predicted grades will have less influence than it initially appeared.

Instead the key factors will be how students are ranked and schools’ results in previous years – with warnings this will be unfair to bright pupils in low-achieving schools.

The threat of a backlash over exams comes on top of the high political stakes over getting pupils back into school full-time in September.

Head teachers are warning again that to get everyone back in school they need less political rhetoric and more practical solutions.

Schools across the UK closed on 20 March, except to children of key workers or vulnerable children. On 1 June, they began a limited reopening for early years pupils, Reception, Year 1 and Year 6.

On Sunday, the UK reported a further eight people had died after testing positive for coronavirus, taking the total to 46,574. A further 1,062 people tested positive for Covid-19.

In another development, gyms, swimming pools, leisure centres and children’s play centres are being allowed to reopen in Wales on Monday, in a further easing of the lockdown restrictions.