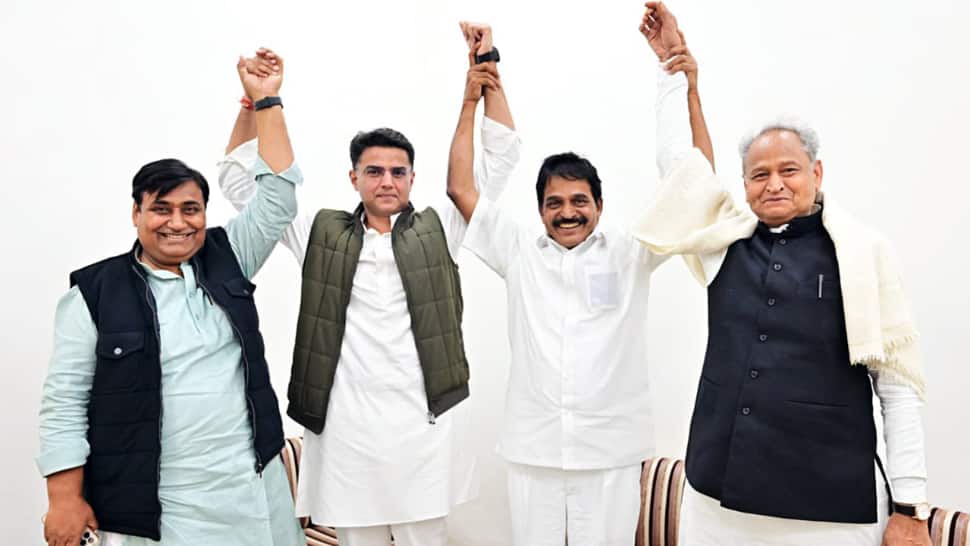 New Delhi: The Bharatiya Janata Party (BJP) on Wednesday (November 30, 2022) took a dig at Congress over its “show of unity” by Rajasthan Chief Minister Ashok Gehlot and his former deputy Sachin Pilot and said that it is only a “political break”. In a video statement, Rajasthan BJP MLA and spokesperson Ramlal Sharma said that people will again get to hear the two Congress leaders making statements against each other.

“People of the state are suffering due to the infighting within the ruling Congress party,” Sharma said.

“It was assured to the people of the state that all is well in the Congress but I believe this is just a political break for the time being, and people of the state will get to hear the same things and words again like ‘nakara’, ‘nikamma’ and ‘gaddar’,” he added.

Earlier last week, Gehlot had told TV news channel NDTV that Pilot is a ‘gaddar’ (traitor) who cannot replace him as chief minister as he had revolted against the Congress in 2020, and tried to topple the state government.

In response, Pilot had said that such “mud-slinging” would not help.

Both the leaders, however, put up a show of unity on Tuesday when AICC general secretary (organisation) KC Venugopal held a meeting to review the preparations of the Rahul Gandhi-led Bharat Jodo Yatra in Jaipur.

“This is the Rajasthan Congress,” Venugopal said at a press conference where he held the hands of both leaders.

#BharatJodoYatra will enter Rajasthan on 4 Dec & the state is all set to give a grand welcome to the Yatra. A preparatory meeting was held today to chalk out the details. All senior leaders from the state, including @ashokgehlot51@GovindDotasra

He also recalled Rahul Gandhi’s remarks in Indore on Monday, when he had said that both Gehlot and Pilot are “assets” to the party. Gandhi had been asked about Gehlot’s “traitor” remark that had seemed to queer the pitch for the Rajasthan phase of the Bharat Jodo Yatra.

“Ashok Gehlot and Sachin Pilot have assured that the yatra (Rajasthan phase) will be one of the most successful in the country. I am also sure that Rajasthan will also be the number one state,” Venugopal said at a press conference.

Earlier, while going into the meeting, Gehlot too had recalled Gandhi’s remarks.

“When Rahul Gandhi has said that our leaders are assets, then we are assets… Where is the dispute then,” the Rajasthan CM had said.

“This is the beauty of our party that after our top leader says anything, there is no scope (for further argument),” he had added.