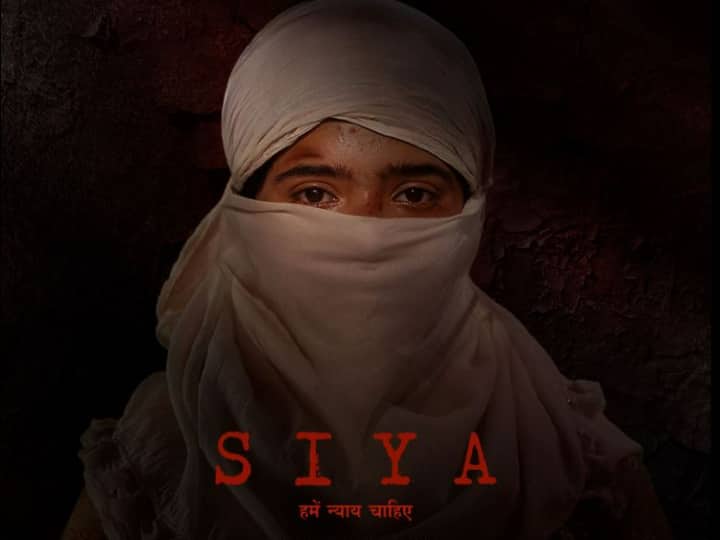 New Delhi: The makers of cinematic gems like ‘Masaan’ and ‘Newton’ are out with another important work of storytelling, ‘Siya’. Produced by Drishyam Films, the film takes audiences through a tale of a small-town girl who despite all hurdles, decides to take down oppressive patriarchy and fight for justice.

‘Siya’ marks producer Manish Mundra’s directorial debut and though the hard-hitting film starring Pooja Pandey and Vineet Kumar Singh is based out one of the northern states in India, much like most of Drishyam’s films, it speaks to a global audience.

While the teaser of ‘Siya’ had created much intrigue with audiences, the trailer is gripping from start to finish as we can’t help but relate and empathize with the protagonist’s plight. Raw and as real as it gets, SIYA is an uncompromising look at the harsh reality women around the world continue to face.

A plight for justice, a fight for what’s right, the trailer takes audiences through the journey of the protagonist who navigates a man’s world. The trailer of the film also gives audiences glimpses of the stellar performances in store as Pooja Pandey and Vineet Kumar Singh truly push the envelope as performers.

Says director Manish Mundra, “SIYA is a story of resilience and grit. It also deals with the hypocrisy behind crimes against women. It is such an important story at a time where these atrocities continue to rise all around the world. I hope SIYA sparks important conversation and dialogue on the subject and that audiences understand the relevance of the film and support it.”

Says Pooja Pandey, “This is a role of a lifetime. It challenged every aspect of me as an artist. Victims have endured so much and I had to ensure that the character reflected the rollercoaster of emotions that goes through a woman’s mind when something this terrible happens to her. I hope I’ve done justice to the character and that audiences connect with her.”

Adds Vineet Kumar Singh, who also celebrates his birthday today, “There couldn’t be a better way to celebrate the day. As an actor, I’m always on the lookout for new and challenging roles and Siya is one of them. It’s always special because while I’ve worked with Manish on three films before, this is our first as director-actor and I’m happy to be part of his directorial debut.”

Produced by Drishyam Films, SIYA is directed by Manish Mundra will release nationwide on September 16, 2022.