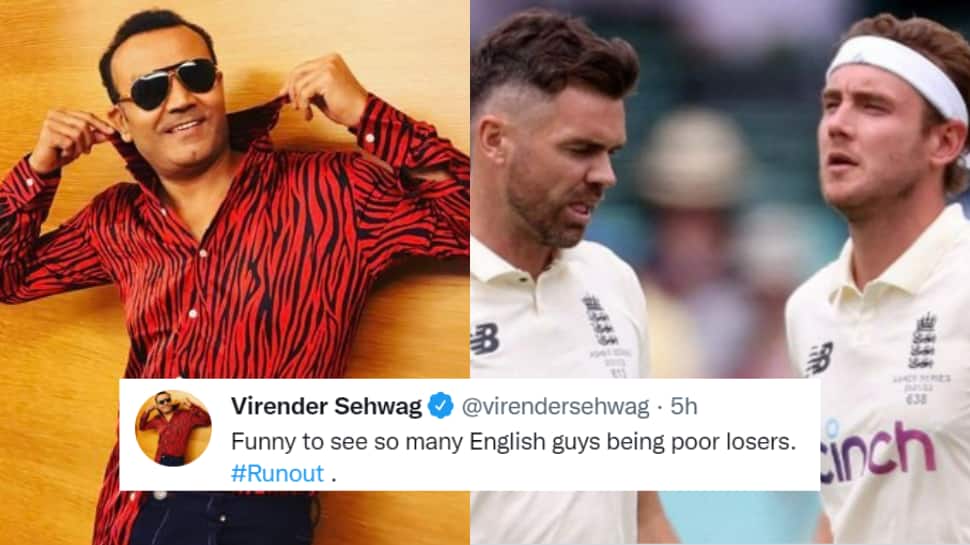 Indian all-rounder Deepti Sharma was criticised for running out the batter in the 3rd ODI vs England women at Lord’s. She ran out the non-striker Charlie Dean after the batter was caught backing up too far. The decision went upstairs and the third umpire called it out. Hers was the 10th English wicket to fall and it meant India had beaten England by 16 runs to make a 3-0 clean sweep in the ODI series, which is also a record for the women’s team. The run out was, by no means, was a controversial one but it was made out to be by the official broadcasters and ex England cricketers.

James Anderson and Stuart Broad did not use the words, but they accused Deepti of cheating. They feel that running out the non-striker is not a legal mode of dismissal, even after MCC having it in its law book and from October 1 calling it a ‘run out’. In a September 20 release to announce the new playing conditions, ICC has clearly stated that from October various changes will come into place as per MCC laws of cricket, that also includes this change: “Running out of the non-striker: The Playing Conditions follow the Laws in moving this method of effecting a Run out from the ‘Unfair Play’ section to the ‘Run out’ section.”

Back home in India, Deepti was getting massive support, with former cricketers Virender Sehwag, Aakash Chopra and others backing the all-rounder and at the same time trolling the English media and cricketers.

Sehwag put out the new law in place and called England poor losers. Chopra posted a series of tweets, also one in which England women cricketers are actually found cheating.

Check out the war of words over Deepti Sharma’s run out here.

I don’t think there’s yet a law where run-outs are counted as bowler’s wickets. I mean_I’m just talking about laws here. May be, they do get counted in ‘Spirit of the Game’ guidebook. _ https://t.co/6T03WuW60L
— Aakash Chopra (@cricketaakash) September 24, 2022

Funny to see so many English guys being poor losers. #Runout . pic.twitter.com/OJOibK6iBZ