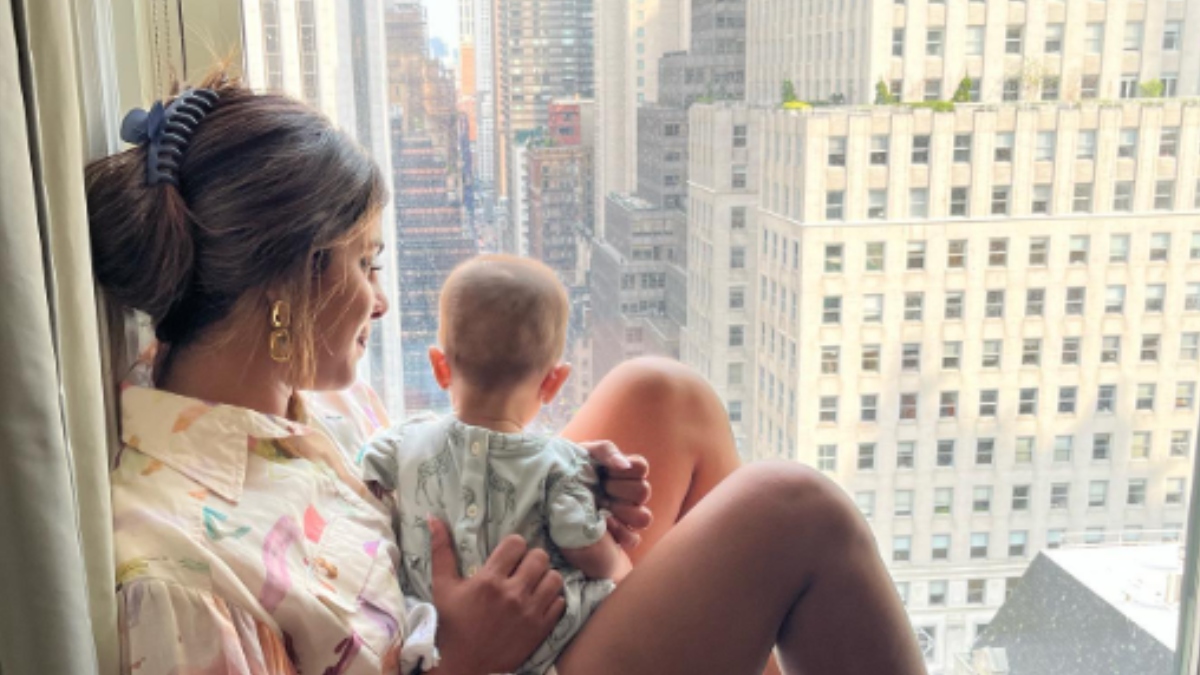 Priyanka Chopra recently visited her home country, India, after three years. This was also the first time the actress visited the country after welcoming her daughter Malti Marie via surrogacy earlier this year. The trip was really special for the actress as she introduced her haircare brand Anomaly in India. Now that she’s back in Los Angeles, the actress shared an adorable photo of herself with baby Malti and husband Nick Jonas.

On Thursday, Desi girl took to her Instagram account and shared the heartwarming picture. In the photo, PeeCee is seen lying down while holding Malti in her arms. The picture also shows Nick Jonas, who is seen laying next to them and gazing affectionately at his wife and daughter. The trio appeared to be relaxed in the photo, and it looked like they had some family time together after Priyanka returned. Sharing the picture, the actress wrote, “Home.”

Take a look at the picture:

The heartwarming picture left the fans gushing over it. One user wrote, “My desi girl with small one.”  Another user commented, “This picture is so wholesome.” A third user also commented, “This’s the cutest and most precious thing ever.” A user also wrote. “The best place to be.”

Taking about the actress’ India trip, she shared several glimpses from her visit on her social media. She attended her brand’s launch and went on a field trip to Lucknow, Uttar Pradesh, to observe UNICEF’s work. She interacted with the school girls while serving as the brand ambassador for UNICEF.

Meanwhile, on the work front, Priyanka will next be seen in international projects such as ‘It’s All Coming Back To Me’, and the series ‘Citadel’. Produced by Russo Brothers, ‘Citadel’ will hit OTT on Prime Video. The upcoming sci-fi drama series is being directed by Patrick Morgan and stars Richard Madden alongside Priyanka. She will also be seen in “Jee Le Zaraa,” alongside Alia Bhatt and Katrina Kaif.