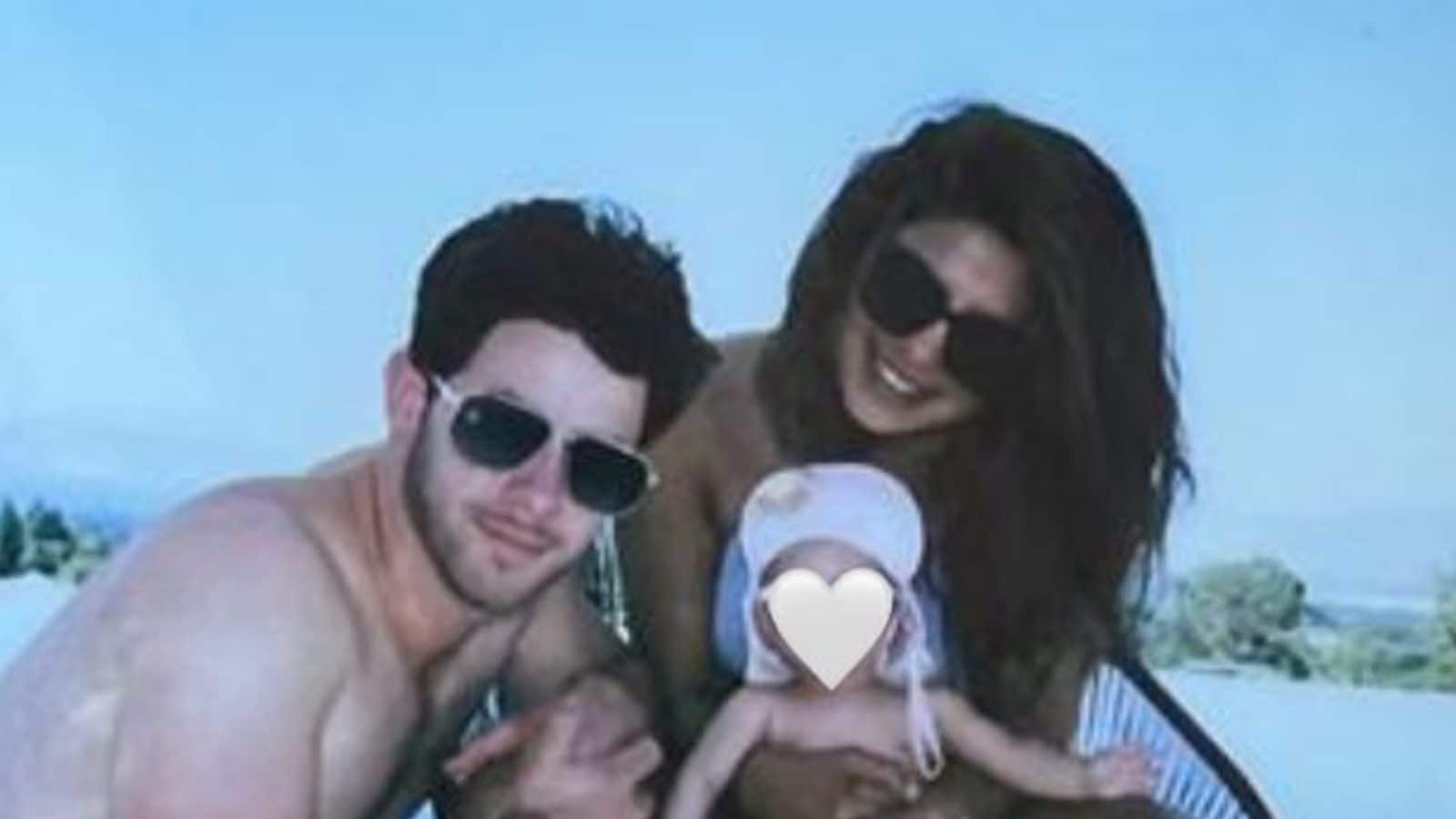 Priyanka Chopra and Nick Jonas welcomed their first daughter in January this year but have so far not revealed her face.

Priyanka Chopra’s Instagram is a treat for her fans. From her work schedule to her love-filled moments with her singer-husband Nick Jonas, one can find it all on Priyanka’s social media handle. On Sunday, PeeCee took to her Instagram stories and dropped an adorable family picture with also featured her daughter Malti Marie Chopra.

In the picture, Priyanka, Nick and their daughter can be seen posing inside a swimming pool. However, Malti’s face is covered with a heart emoji.

Priyanka Chopra and Nick Jonas welcomed their first daughter in January this year but have so far not revealed her face. In a recent interview with The New Indian Express, PeeCee’s mother Madhu Chopra hinted that the couple is likely to share a picture of their baby girl once she is one year old. She also talked about how Priyanka and Nick divide parenting duties equally and said, “Priyanka and Nick already discussed being equally involved as parents. I give a massage and Nick gives her a bath and changes her diapers.”

Meanwhile, in another post, Priyanka dropped the hottest picture of herself in which she can be seen posing along the poolside. She wore a blue swimsuit and added a scarf, goggles, and a cap to her look. In the caption, she wrote ‘Sundaze’ along with a black and a white heart emojis.

On the work front, Priyanka has several projects in her pipeline. She is currently working on the Hollywood film Ending Things along with Captain America star Anthony Mackie. Apart from this, she will also be seen in It’s All Coming Back. PeeCee will also feature in Farhan Akhtar’s Bollywood movie titled Jee Le Zaraa in which she will share the screen with Alia Bhatt and Katrina Kaif. The film is expected to go on floors next year. Besides these, Priyanka will soon make her OTT debut with Citadel.