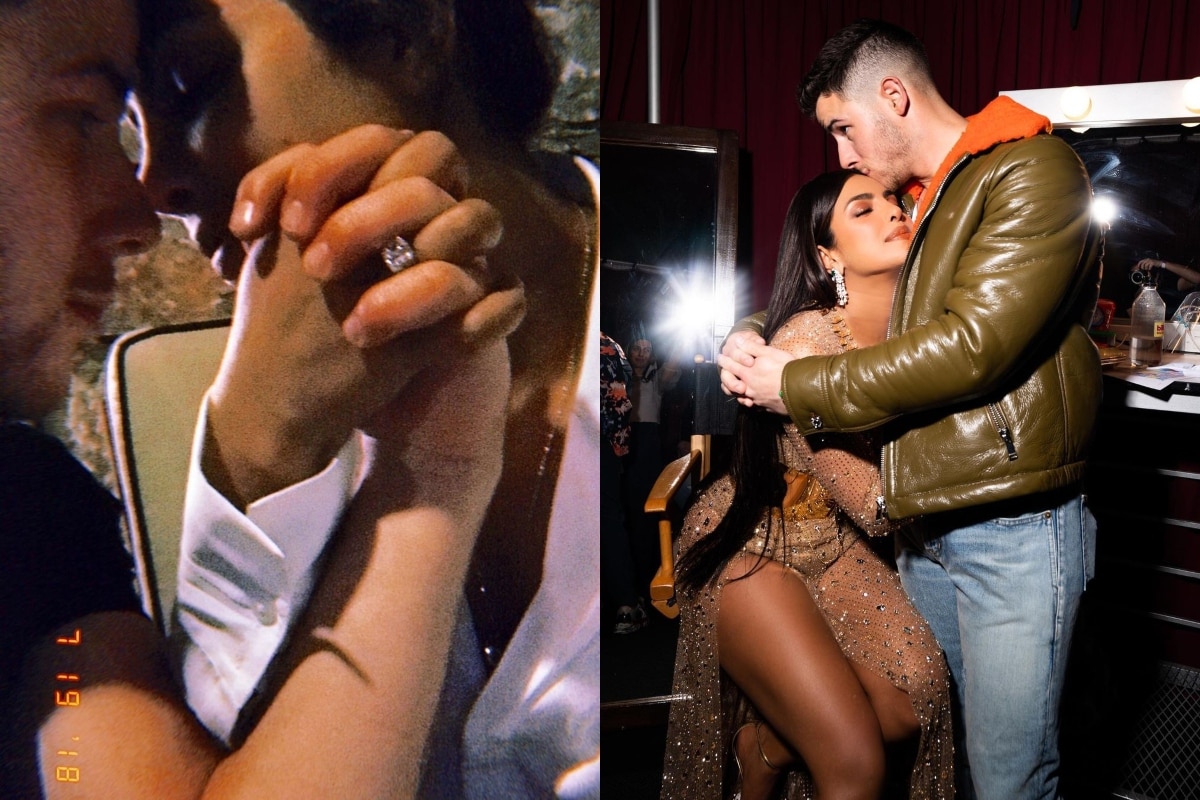 Nick Jonas had proposed to Priyanka Chopra on a trip to Greece and it her left her speechless.

Priyanka Chopra and her husband, singer Nick Jonas, are celebrating three years of him proposing to her for marriage.

Priyanka Chopra and Nick Jonas are revisiting the moment the singer popped the question in Greece as they celebrate their three-year proposal anniversay. Nick Jonas had proposed to Priyanka Chopra on a trip to Greece in 2018. To mark the special occasion, both Priyanka and Nick shared unseen photos of the two from the romantic proposal. “My everything… 3 years today,” Priyanka captioned a cosy moment of the couple. “Seems like a blink and a lifetime at the same time. I love you.” As for Nick, he simply wrote “3 years ago today” alongside a selfie of the couple enjoying an oceanfront meal.

Nick Jonas had described Priyanka’s reaction to the proposal as “dramatic” during their interview with Vogue. “I got down on one knee, again, and said: ‘Will you make me the happiest man in the world and marry me?’ No joke—she took about 45 seconds. 45 seconds of silence.” Of course, it ended with her saying yes. Jonas Brothers had shut down a Tiffany store to pick out the engagement ring.

Priyanka Chopra and Nick Jonas married in December 2018 just four months after they got engaged that July. The couple hosted a multi-day wedding celebration in India which began with a Western wedding on December 1, held at the Umaid Bhawan Palace in Jodhpur, Rajasthan. Jonas’ father officiated the Christian ceremony, where the couple exchanged wedding bands. The following day, they wed in a traditional Hindu ceremony and subsequently held several wedding receptions.

On the work front, Priyanka Chopra has been busy with numerous projects. The actor wrapped her schedule for Matrix 4 and Text For You and has been filming her upcoming project Citadel in the UK. Backed by Avengers: Endgame directors Russo Brothers, the series also stars Game of Thrones alum Richard Madden. She will also be seen in an Indian wedding comedy with Mindy Kaling, who is also producing it.