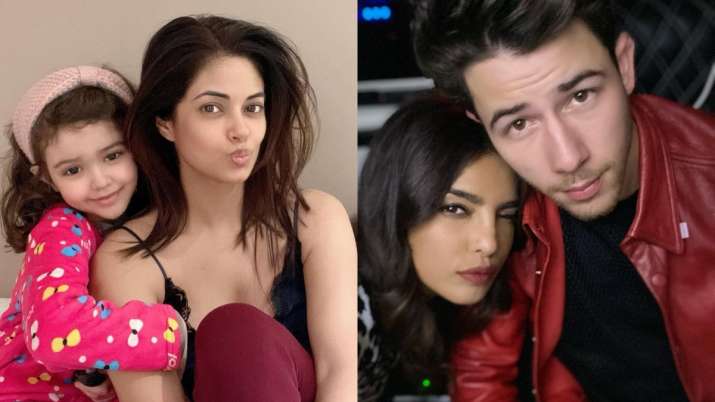 Priyanka Chopra‘s cousin Meera Chopra has confirmed that the actress has become a mother to a ‘baby girl.’ In the latest interview, she revealed that ‘she is going to be a super mom to her baby girl.’ Priyanka Chopra and her husband, singer Nick Jonas, recently welcomed their first child through surrogacy. Taking to Instagram recently, the couple announced that they welcomed their first child together.

Speaking with India Today, Meera Chopra said, “Priyanka always wanted to have a lot of kids. So, I am very happy for this new chapter in her life, she is going to be a super mom to her baby girl. She has excelled in every area of her life. So, being a mother is an extension to her powerful self. We are all very proud of her.”

Meanwhile, Priyanka and Nick have not revealed their baby’s name or gender themselves.

“We are overjoyed to confirm that we have welcomed a baby via surrogate. We respectfully ask for privacy during this special time as we focus on our family. Thank you so much,” Priyanka and Nick posted on their respective Instagram profiles.

Soon after the couple announced the news of becoming parents, fans and their celebrity friends showered them with good wishes. Katrina Kaif commented, “Congratsssssssssss.” Neha Dhupia, Mini Mathur, Kevin Jonas and others also commented on the post.

For the unversed, the duo got married in a Christian and a Hindu ceremony in Jodhpur’s Umaid Bhawan Palace on December 1 and 2 in 2018. Later, the couple also hosted two receptions in Delhi and Mumbai.