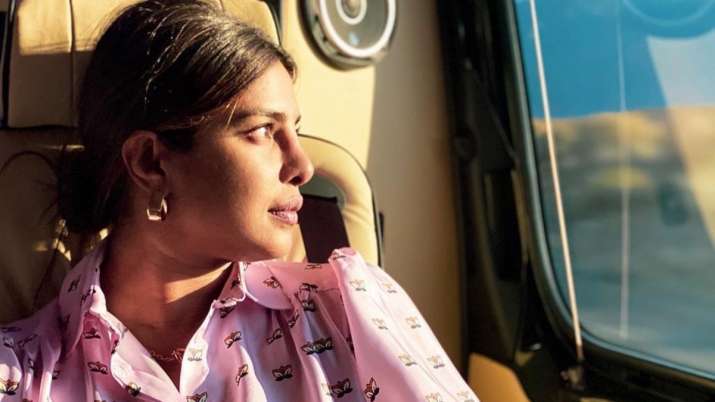 Actress Priyanka Copra executive-produces Evil Eye, which is one out of eight spine-chilling and interlinked films that constitute the upcoming original OTT series, Welcome To The Blumhouse. The eight films will have a common theme centred on family and love as redemptive or destructive forces. The first two films — Veena Sud’s “The Lie” and Emmanuel Osei-Kuffour Jr.’s “Black Box” — will drop on October 6. These will be followed by Priyanka’s “Evil Eye”, and “Nocturne”, written and directed by filmmaker Zu Quirke, on October 13. The rest of the slate will be unveiled in 2021.

Based on playwright Madhuri Shekar’s award-winning production, “Evil Eye” is directed by Elan Dassani and Rajeev Dassani, and stars Sarita Choudhury, Sunita Mani, Omar Maskati, and Bernard White. It shows how a seemingly perfect romance turns into a nightmare when a mother becomes convinced that her daughter’s new boyfriend has a dark connection to her own past.

“The Lie”, written and directed by Sud, stars Mireille Enos, Peter Sarsgaard and Joey King. It is about two desperate parents trying to cover up a horrific crime by their daughter, which leads them into a complicated web of lies and deception.

“Black Box” stars Mamoudou Athie, Phylicia Rashad and Amanda Christine. It is about a single father, who, after losing his wife and his memory in a car accident, undergoes an experimental treatment that causes him to question who he really is.

“Nocturne” is written and directed by Zu Quirke. Starring Sydney Sweeney, Madison Iseman, Jacques Colimon and Ivan Shaw, the film takes one inside the halls of an elite arts academy, where a timid music student begins to outshine her more accomplished and outgoing twin sister when she discovers a mysterious notebook belonging to a recently deceased classmate.

To be streamed on Amazon Prime Video, the thematically connected original series is produced by Jason Blum’s Blumhouse Television and Amazon Studios.

“We are excited to launch ‘Welcome To The Blumhouse’ with this exhilarating and provocative slate of original films for the first time ever. These chilling stories have something for everyone — ready to fright and delight genre fans and newcomers alike,” said Julie Rapaport of Amazon Studios.