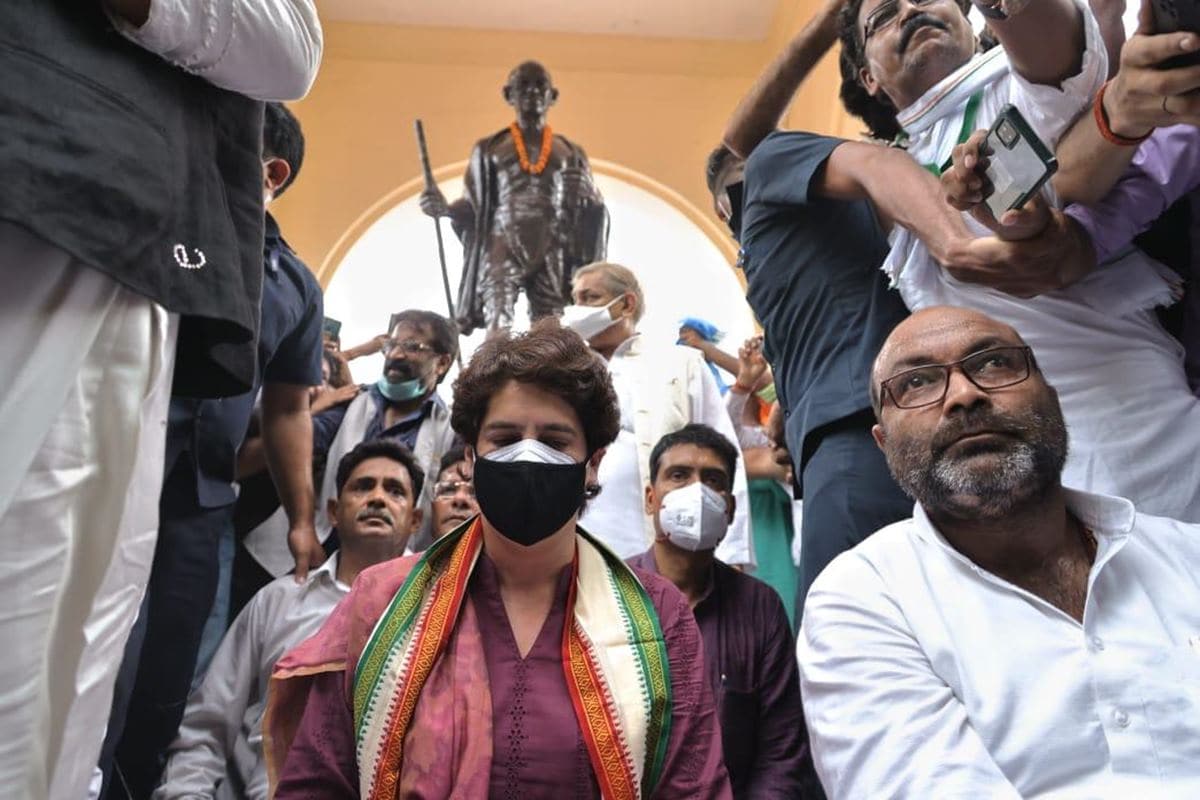 AICC general secretary and UP in charge Priyanka Gandhi Vadra, who reached Lucknow on Friday on a three-day schedule, sat on a silent protest against the UP Government at Gandhi statue situated at GPO in Hazratganj area of the state capital. Priyanka alleged that the Yogi government lost badly in the panchayat polls and that is why it was now indulging in violence and misusing police and administration.

Speaking to the media at UPCC office in Mall Avenue on Friday evening, Priyanka Gandhi said, “The Indian Constitution is being demolished and Democracy is being killed in Uttar Pradesh. Prime Minister Narendra Modi came to UP yesterday and gave a certificate to Yogi Ji and said that UP has done well in the second wave of corona. He also said that there was Vikasvad in UP now. What kind of Vikasvad is this?”

“When the corona second wave was going on you were busy holding panchayat elections, teachers, policemen and many others who were elected on duty died due to corona in huge numbers. But the government went ahead with the elections as they thought that results would be in their favour, but now when the results were not in their favour then they are misusing police and administration. People are being kidnapped, many are not allowed to file nominations, clothes of women are being torn, administration is threatening people and the government is itself indulging in violence. People are seeing everything, the UP government has failed and that is why it has indulged in violence.”

The Congress leader is on a three-day visit to Lucknow and met farmers delegation at UPCC office on Friday evening, Priyanka will also be holding closed-door meetings with UPCC officials and former MPs, MLAs and district level office bearers. The visit is being seen as an attempt to finalize the strategy of Congress party ahead of 2022 state assembly polls.