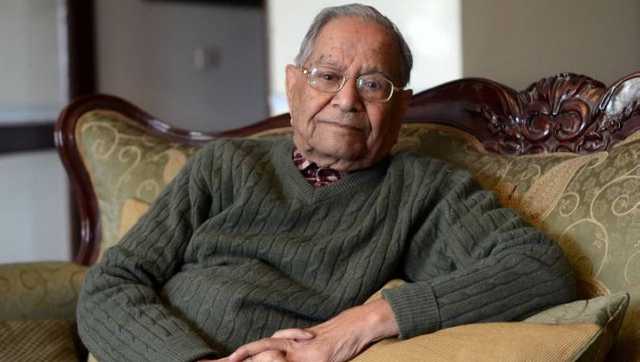 I count it a great privilege to have known Professor BB Lal for almost two decades now and met him at fairly regular intervals. I vividly remember my first meeting in November 1998, when I went to him with fairly naïve questions on Indian protohistory, which he answered patiently, guiding me to some of his own books and writings. But our conversation was not limited to archaeology and Prof Lal soon strayed into his and his wife’s spiritual interests and discipline — that, however, is a different story. Subsequent visits made it clear that scholarship apart, I had won a senior guide and friend.

Prof Lal’s immense contribution to Indian archaeology can best be understood from three different angles. First, through the large number of sites of different cultures that he excavated across the country, from the Aravallis to Odisha, and from Uttar Pradesh to Rajasthan. Second, through engagingly written, comprehensive and thought-provoking research papers, many of which continue to be cited decades later — whether their focus was the Copper Hoard culture, the Painted Grey Ware, Hastinapura excavations, possible connections between the Harappan script and Megalithic graffiti, or archaeological investigations into the two epics.

The third angle is less conspicuous but nonetheless significant, and one often wishes that today’s archaeologists took a leaf out of his book. I refer to Prof Lal’s uncanny ability to raise fundamental questions and orient excavations towards providing an answer — in other words, to practice problem-oriented archaeology rather than dig more or less at random.

At Kalibangan in Rajasthan (first identified as a Harappan site by A Ghosh), the question was: “How far does Harappan urbanism extend eastward?” At Gilund in the Aravallis, it was to probe the evolution and sophistication of a sizeable Chalcolithic settlement. Sisupalgarh in Odisha was a crucial site as far as the early growth and spread of urbanism in eastern India was concerned. Excavations in Uttar Pradesh tried to identify the evolution of cultures before the urban phase, including the still vexed issues of the correlations between Ochre-Coloured Pottery (OCP), Copper Hoard culture, Painted Grey Ware (PGW) and the transition to Northern Black Polished Ware (NPBW). And of course, his excavations at Hastinapura, Ayodhya, Sringaverapura and several other sites tried to answer the perennial question of a possible correlation between archaeology and the two epics.

Such an approach is what can best make Indian archaeology break new ground, as some of the old problems on the origins, interactions and devolutions of various material cultures of the subcontinent remain unresolved decades after they were first identified.

Prof Lal’s Earliest Civilisation of South Asia, published two decades ago, offered a comprehensive study of the Harappan civilisation, which the author’s experience enriched at every page with judicious observations. Its seven-page Appendix, “It is Time to Rethink”, signalled a new phase in Prof Lal’s contribution, as for the first time in his writings, he decided to challenge the theory of an Aryan invasion or migration into the Indian subcontinent. Between 2002 and 2015, four books followed on the Aryan problem, including the issue of the Sarasvati River. If we add a shorter book on the Indus civilisation, two books on the historicity of the epics, and an autobiography, this adds up to nine books in twenty years, with hints of more. From an academic point of view, Prof Lal’s “retired” life seems to have been the most productive!

While Prof Lal’s papers on excavations were often cited, his work on the Aryan issue has not attracted much discussion. To take just one example, Asko Parpola’s well-known Deciphering the Indus Script (1994) listed in its bibliography no less than twenty-three papers by Prof Lal; two decades later, in a new, more “popular” work, the same author did not include a single such reference. Indeed, to my knowledge (I am open to correction), with just two exceptions, both of them collections of papers from various authors, no recent book or paper emerging from Western academia has offered a discussion of Prof Lal’s argumentation. As far as India’s Left-leaning scholars, who staunchly defend the notion of an Aryan immigration (and sometimes the good old invasion too), the expected response has been a wall of silence: The very scholars who are loudest on the need for “debates” have been the most effective at stifling them when those become too inconvenient. But they have not practised complete silence, since they have often portrayed those holding opposing views as “nationalist”, “communal”, “jingoistic”, or worse.

Endlessly relayed by a controversy-hungry media, such a demonisation of Indian scholars has concealed the fact that the staunchest opponents of the Aryan migration theory have often been respected mainstream Western academics. The British anthropologist Edmund Leach, the US bio-anthropologist Kenneth AR Kennedy, the French archaeologist Jean-Paul Demoule, the US archaeologist Jim Shaffer, the Greek Sanskritist Nicholas Kazanas, the Italian linguist Angela Marcantonio, the Estonian biologist Toomas Kivisild, among others, have challenged — often in strong language and with powerful arguments — the Aryan scenario in its Indian or Eurasian ramifications. However, none of our Indian historians still promoting it ever discusses these distinguished objectors; were they to do so, the convenient media-friendly story that communal-minded fanatics alone are challenging the dominant view would become untenable.

The same method applies to the issue of the Sarasvati river, which has been back in the news of late, and which has proved an embarrassing piece of evidence against the mainstream Aryan scenario. Here, the intellectual dishonesty is worse, since it conceals from a chronically ill-informed public that the lost Vedic river was identified with the now dry Ghaggar-Hakra of Haryana, Punjab, Rajasthan and Cholistan, not by a few “nativist bigots”, as an ignorant and abusive columnist recently put it, but by generations of European Indologists, geographers and geologists from the mid-nineteenth century! What is more, this identification has been accepted by most archaeologists of the Harappan civilisation. None of this is ever discussed by the river’s detractors, who have successfully created the myth that its identification is the work, again, of right-wing chauvinists.

For obvious reasons, the controversy that has surrounded the Ayodhya issue has been even bitterer. Archaeologists who maintained for decades — and Prof BB Lal was among the first to do so — that there was clear evidence of a large temple-like building beneath the Babri Masjid were demonised, as were scholars who patiently marshalled historical, cultural and epigraphic evidence leading to the same conclusion. What mattered, once again, was not dispassionate scholarship and civilised debate, but winning the media war.

How will scholars view these non-debates twenty or thirty years down the line? Severely, I believe. They will see much evidence eclipsed, misrepresented or invented by mainstream scholars who took advantage of their academic positions to stifle candid academic debates and steamroller their critics (as we can also see in the case of the California textbooks). As Edmund Leach put it in the context of the Aryan issue, “Vested interests and academic posts were involved.”

In such a dismal context, Prof Lal had the courage to swim against the tide. It is his legacy of research and his attempt to break free from the straitjacket of theories rooted in a colonial view of Indian civilisation that will constitute a substantial part of his legacy.