Home Sport Punam Raut upholds ‘spirit of cricket’, walks off in spite of being... 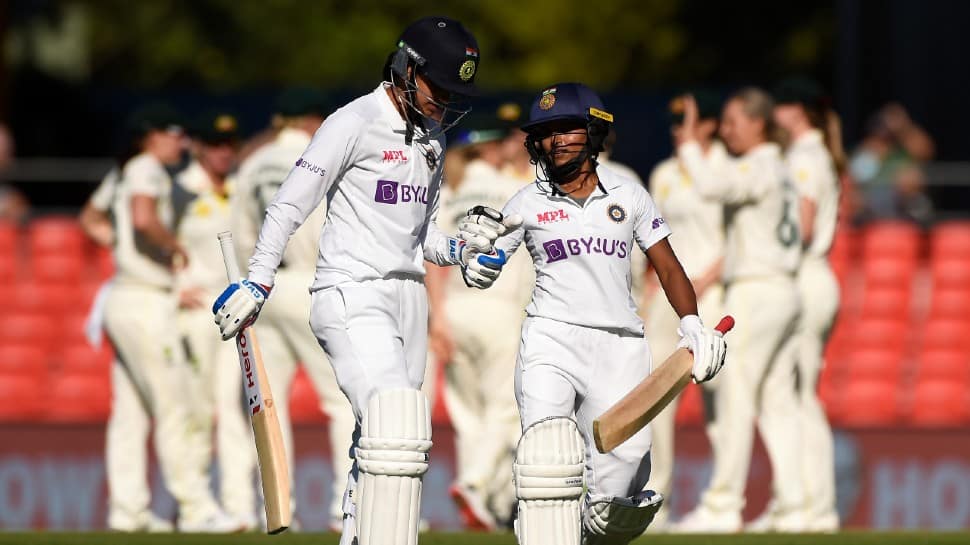 Indian batter Punam Raut was praised all around the world for her remarkable display to uphold the ‘spirit of cricket’ during the ongoing pink-ball Test against Australia in Carrara, Queensland. Raut was batting on a determined knock of 36 on Day Two of the Test on Friday (October 1) when Aussie left-arm spinner Sophie Molineux appealed for a caught behind.

Although the umpire turned down the plea of Australian fielders, Raut chose to walk off the field knowing she has edged the ball. It was a full-length delivery that went right past Raut’s bat. Interestingly, Australian and fielders including Molineux didn’t appeal very convincingly. Also there’s no DRS (Decision Review System) in this series. Raut would have been forgiven if she decided to stay put in the middle but she chose to play the game in the ‘spirit’ of cricket.

However, she chose to leave the field and even the Aussies were left stunned. Raut managed to score 36 off 165 deliveries which includes a couple of boundaries. With cricket matches between India and Australia being high-profile, Punam Raut’s act became a talk of the town and social media got flooded with praises.

Watch the video of the dismissal here…

– Appeal for caught behind
– Given not out

Meanwhile, lightning and rain interrupted play in the second session on Day 2 of the one-off day/night Test between the Indian women’s cricket team and Australia. India were 276 for five when the match was halted on the second day.

Deepti Sharma was batting on 12 and Taniya Bhatia was yet to open her account as the players walked off the field and the covers were brought on. There was a prediction for some thunderstorms around this time and it soon started raining.

India lost two wickets in the second session, including that of skipper Mithali Raj for 30 and debutant Yastika Bhatia for 19. Earlier, flamboyant opener Smriti Mandhana shattered a few records en route to slamming a magnificent maiden Test century as India progressed to 231/3 at the dinner break.

The 25-year-old Mandhana became the first Indian woman to hit a century in day-night Tests and also the first from the country to reach three figures in the game’s traditional format on the Australian soil.

Mandhana made 127 off 216 balls with the help of 22 boundaries and a six at the Carrara Oval, and added an Indian record of 102 runs in Australia for the second wicket with Punam Raut (36), continuing the good work after putting on 93 with Shafali Verma on a rain-marred opening day.

Bangladesh vs Oman Live Streaming ICC T20 World Cup 2021: When and Where to watch BAN vs OMN Live in India