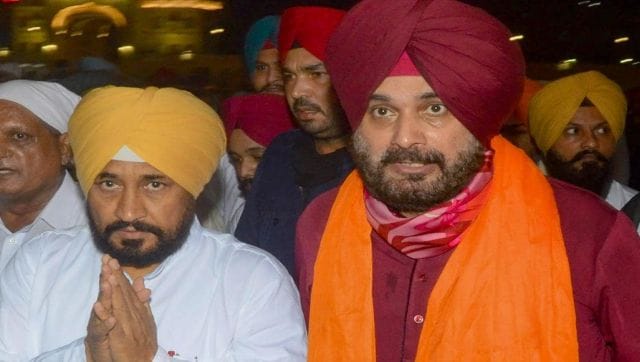 The move comes amid efforts to placate the former Punjab Congress chief, who resigned from his post a day earlier

There seems to be no slowing down in the churning of Punjab politics.

Sidhu, on Thursday said that he will meet Chief Minister Charanjit Singh Channi at 3 pm.

Taking to Twitter, Sidhu said, “Chief Minister has invited me for talks… will reciprocate by reaching Punjab Bhawan, Chandigarh at 3:00 pm today, he is welcome for any discussions.”

Chief Minister has invited me for talks … will reciprocate by reaching Punjab Bhawan, Chandigarh at 3:00 PM today, he is welcome for any discussions !

Earlier on Wednesday, Channi had urged Sidhu to resolve his issues with the party.

Sidhu had earlier stated that he could not compromise with his ethics, moral authority and pointed out that he didn’t want a “repeat of a system of tainted leaders and officers in the state”.

Sidhu had tendered his resignation as Punjab Congress chief on Tuesday.

Sidhu is reportedly upset over the bureaucratic setup and his commands not being followed after Cabinet expansion in Punjab.

Sidhu was appointed as the president of the Punjab Pradesh Congress Committee on 23 July following months of turmoil in the state Congress unit.

Sidhu’s resignation as state party chief has intensified the crisis in the Punjab Congress and triggered discussions and deliberations in the party. A minister and three Congress leaders, considered close to him, stepped down from their posts delivering.

This comes as a big blow to the Congress high command that was hoping to resolve the turmoil in the Congress unit of Punjab ahead of the Assembly elections early next year.

The 79-year-old stalwart has kept the Congress on the edge, neither confirming nor denying that he is exploring his options after being forced to quit as Punjab Chief Minister on September 18, just four months before state polls.

After his one-hour meet with Amit Shah on Wednesday, the Captain said he had discussed the farm laws at the core of an 11-month farmers’ protest and ways to resolve the deadlock. He said he had urged Amit Shah to guarantee minimum support price to farmers and support Punjab in crop diversification.

Met Union Home Minister @AmitShah ji in Delhi. Discussed the prolonged farmers agitation against #FarmLaws & urged him to resolve the crisis urgently with repeal of the laws & guarantee MSP, besides supporting Punjab in crop diversification. #NoFarmersNoFood

His team called the meeting with Shah a “courtesy visit” and sources said he had not taken any decision on joining the BJP.

‘Post or no post’: Sidhu vows to stand by Rahul and Priyanka after u-turn on Punjab Congress chief job

‘Respect critics a lot, unfortunately they are few in number’: Narendra Modi opens up on Opposition, farm laws in new interview