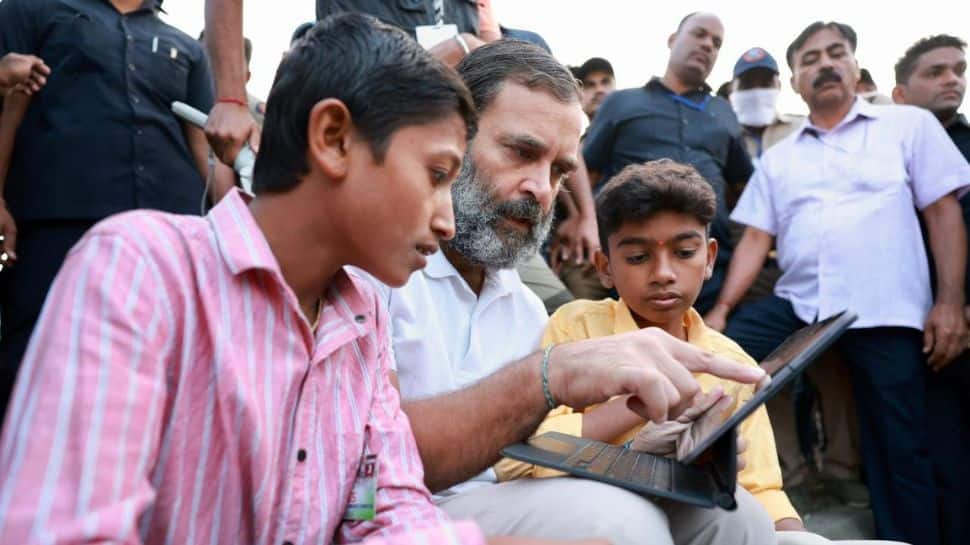 Nanded (Maha): Congress leader Rahul Gandhi who is on a country-wide Bharat Jodo Yatra on Thursday met Sarvesh, a school boy who wishes to be a software engineer in Maharashtra’s Nanded. The school boy told Gandhi that he has never seen a computer and that his school did not have a computer. The Congress leader mentioned his encounter with Sarvesh in his speech at a rally on Thursday evening. The Wayanad MP on Friday recalled his father and former Prime Minister Rajiv Gandhi, who was also very fond of computers. Congress president Mallikarjun Kharge on Friday gifted a laptop to Sarvesh Hatne, the schoolboy from Nanded, in Gandhi’s presence.

Taking to Facebook, Rahul recalled his father’s famous quote, I am young, and I too have a dream.”

“Papa was always curious about modern technology and how it could be used to India’s advantage. Computers were Papa’s absolute favourite! And, he would always passionately discuss new plans on channelising youth power to usher India into the 21st century,” Rahul wrote.

“In young Sarvesh Hatne and Chandrakant Kirkal’s eyes, I saw the same curiosity and amusement as I showed them how an iPad works. During our chat, they shared with me their dream of becoming software engineers. And of course, the iPad I showed them became their absolute favourite too,” he wrote.

These youngsters deserve access to facilities and opportunities that are rightfully theirs, the Congress leader said, adding that he was determined to ensure that their dreams are fulfilled. “A laptop to Sarvesh is just the beginning. We have a billion more dreams to realise,” Gandhi said.