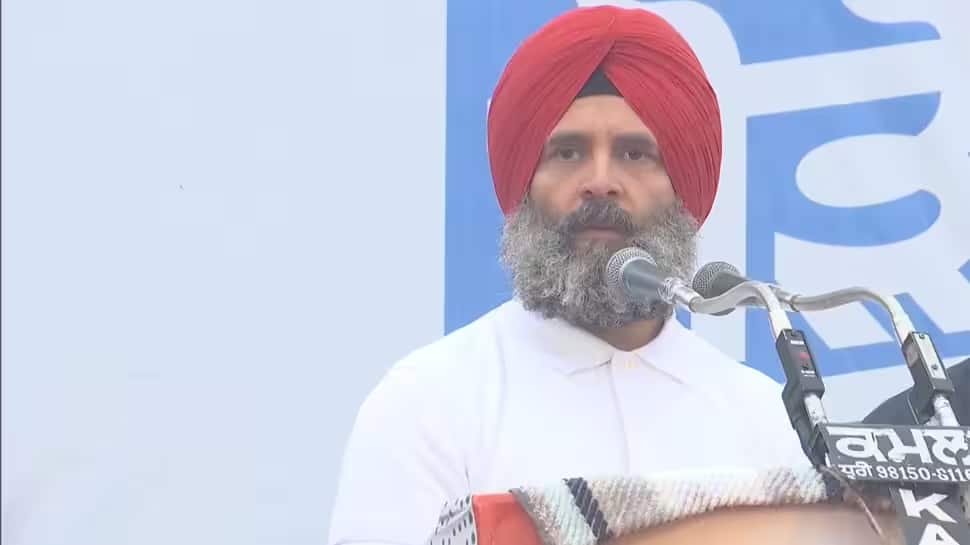 Pathankot: Congress leader Rahul Gandhi on Thursday launched a scathing attack on the BJP-led Centre, alleging that its policies “create fear” among the people. He also accused the BJP and the RSS of creating an atmosphere of hatred, violence and fear in the country. The former Congress chief took on the Narendra Modi government over demonetisation, “faulty” Goods and Services Tax (GST) and the Agnipath defence recruitment scheme. Gandhi said people showered their love during the Yatra and gave them great strength. Giving an example of Punjab, he said people offered free food and all help to the yatris who were part of the foot march. “You may call it love or Punjabiyat, you may give different names. I want to thank you from my heart,” Gandhi said. On sporting a turban during the Punjab-leg of yatra, Gandhi said, “I wore ‘pagri’ deliberately. I wanted to tell you that your history and the path which was shown by your Gurus, I respect it and I bow before it and this is also my path,” he said.

On a lighter vein, Gandhi said the love showered by people in Punjab has also created a serious problem because “Delhi’s Parantha” won’t do for him now as he has gotten used to Punjab’s “makki ki roti sarson ka saag”.

“My mother is fond of makki ki roti sarson ka saag, I was thinking of telling her that she will have to bring the Punjab touch to the dish,” he said.