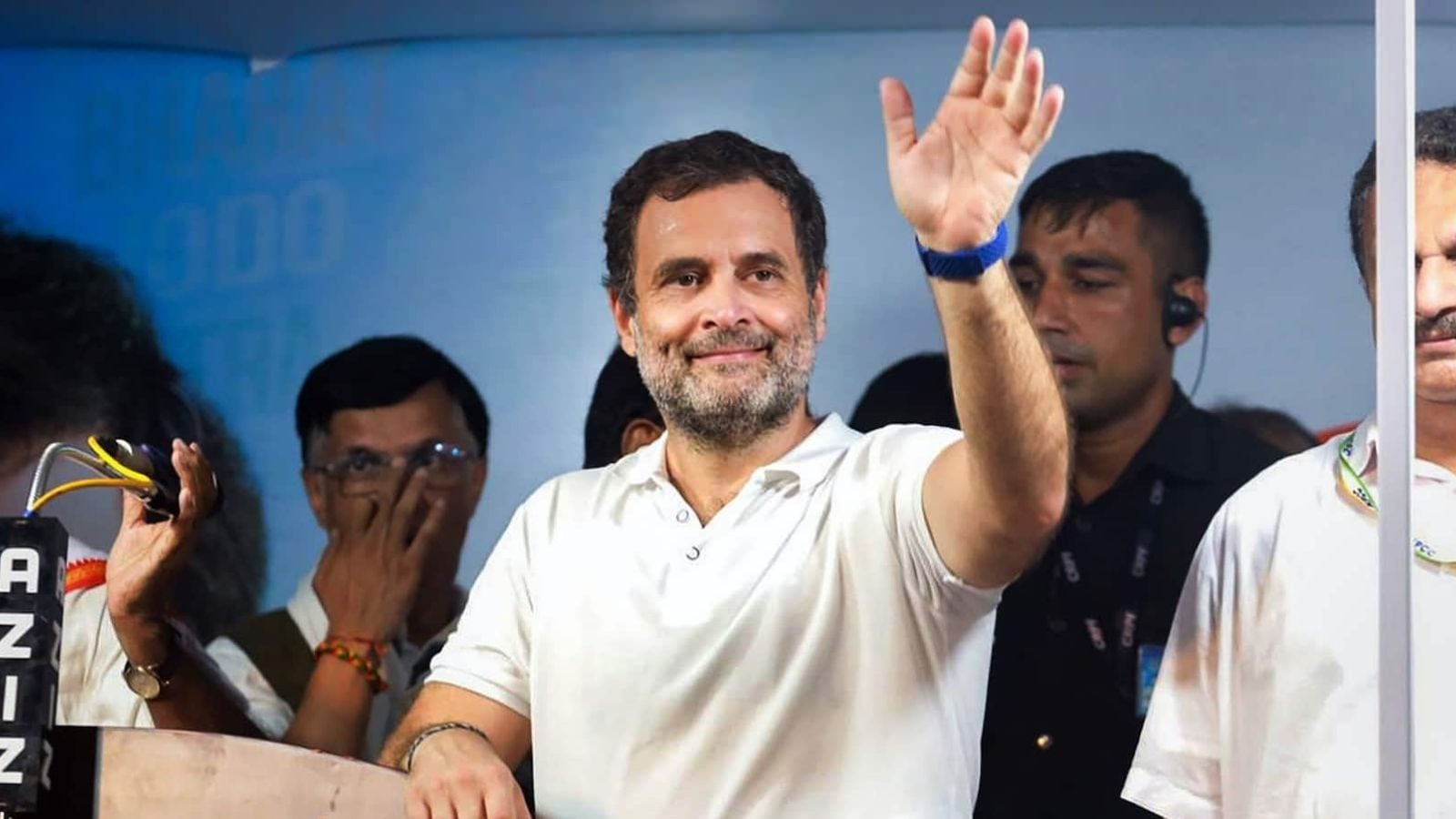 The yatra will enter the Kollam district of the state during the day after spending the last three days in Thiruvananthapuram district. (PTI)

Congress leader Rahul Gandhi on Wednesday visited Sivagiri mutt here to pay respects to renowned social reformer Sri Narayana Guru before commencing the fourth day of the Kerala leg of the party’s Bharat Jodo Yatra. At Sivagiri Mutt, Gandhi met the swamis there and offered prayers to the saint reformer.

The yatra, which began after 7.30 am from Navaikulam junction here, continued to witness an encouraging turn out and will enter the Kollam district of the state during the day after spending the last three days in Thiruvananthapuram district. On Tuesday, after that day’s yatra ended at Kallambalam junction here, Gandhi had questioned how a party which calls itself a representative of Hindus was allegedly spreading ‘ashanti’ in the country when the first words taught in Hinduism is ‘om shanti’.

“Wherever they are going they are destroying harmony, they are attacking people, they are dividing people, abusing them,” he had said. The third day of the Kerala leg of the yatra had gone ahead amid intermittent rains and swelling public turnout, with the Congress leader saying that even blisters will not stop their journey as he and scores of yatris marched along the streets without an umbrella when it rained.

The 150-day foot march was launched from Kanyakumari in neighbouring Tamil Nadu on September 7 and will cover 12 states and two Union territories. The Bharat Jodo Yatra, which entered Kerala on September 10 evening, will traverse through the state covering 450 kilometres, touching seven districts over a period of 19 days before entering Karnataka on October 1.