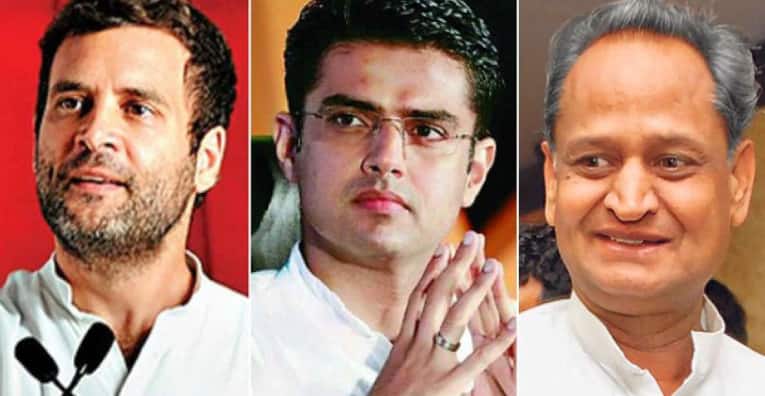 New Delhi: Rajasthan political crisis ended on Monday (August 10) evening as former deputy chief minister Sachin Pilot said that he has no desire for any post but wanted self-respect to remain intact while addressing media persons.

He said, “I’ve contributed to the party for 18-20 years now. We have always attempted to ensure the participation of people who worked hard to form the government, adding “I had been saying since the beginning that all these things were based on principle. I always thought these things are essential to be raised in the party’s interest.”

For Deputy CM said “Several things were said, I heard a lot of things. I was surprised by a few things that were said. I think we should always maintain restraint and humility. There is no place for personal malice in politics. We had formed government in Rajasthan after 5 years of hard work.”

He also thanked the party chief Sonia Gandhi and said, “Sonia Gandhi Ji heard all our concerns and the governance issues that we raised. Formation of the 3-member committee by the Congress President is a welcome step. I think all the issues will be resolved.”

Sachin Pilot also said that “Since past some time some MLAs were in Delhi, there were some issues which we wanted to highlight. I did that in the party’s interest.”

Prior to Sachin Pilot’s statement, KC Venugopal, General Secretary, AICC, told ANI that Sachin Pilot met with Rahul Gandhi and expressed his grievances in detail, adding “They had a frank, open and conclusive discussion. Sachin Pilot has committed to working in the interest of Congress party and Congress government in Rajasthan.”

Venugopal further said that following this meeting, Congress President Sonia Gandhi has decided that the AICC will constitute a three-member committee to address the issues raised by Sachin Pilot and the aggrieved MLA and arrive at an appropriate resolution thereof.”

Senior party leader Bhanwar Lal Sharma,  who supported Sachin Pilot, told media that “There was no camp, nobody was a captive,” adding “Bhanwar Lal can never be a captive. I went there willingly, I have come here willingly.”

Sharma, who also met Chief Minister Ashok Gehlot today, “I met him. Party is like a family and Ashok Gehlot is its head. If someone gets upset in a family then they don’t take food. So I expressed my unhappiness for a month. Now, I don’t have any resentment anymore,” adding “Party will fulfill all the promises made to people.”

Earlier in the day, Sachin Pilot spoke to Priyanka Gandhi Vadra over the phone as the high command assured him of not taking any action against him and sought his support for the Ashok Gehlot camp, sources in the Congress had told Zee News.

On Sunday, Sachin Pilot had met senior AICC leaders and a separate meeting was also fixed with Rahul Gandhi, who on Monday met Pilot where Priyanka Gandhi Vadra remained present. Sachin Pilot explained the circumstances in which he took the drastic decision.

Sachin Pilot and other Congress rebel leaders would come back to the party fold and vote for Ashok Gehlot during the trust vote as the Assembly session is set on begin on August 14.