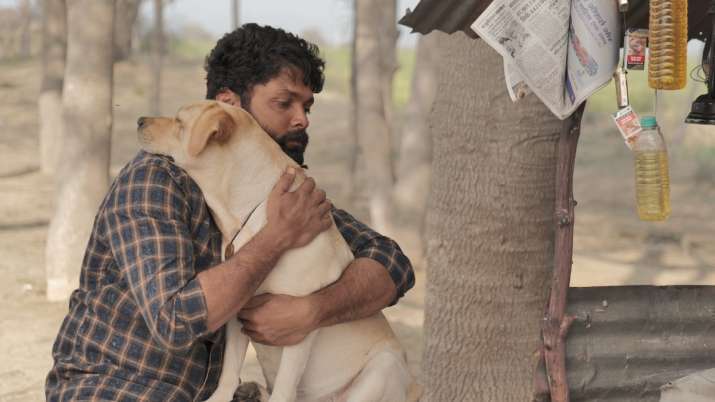 Rakshit Shetty’s 777 Charlie which portrayed the endearing tale of Dharma and his furry best friend, Charlie set the box office on fire. Written and directed by Kiranraj K. and produced by Paramvah Studios, 777 Charlie also features Sangeetha Sringeri, Raj B. Shetty and Danish Sait in key roles. The film had released in cinema halls on June 10 After a golden run at the theatres, the much-talked-about film is all set to light up your homes. The film is all set to premiere exclusively on Voot Select.

When is 777 Charlie releasing on Voot Select?

777 Charlie will start streaming on Voot Select from July 29.

Voot Select subscribers will be able to watch 777 Charlie in India from July 29. Voot Select is available for Android, iOS, and web users for INR 99 per month or INR 999 for an annual subscription.

The film sheds light on the delightful bond shared between Dharma, played by Rakshit Shetty, and his four-legged bestie, Charlie: a unique relationship that does not need the crutches of words to share and express the love, warmth, and understanding that defines their special bond. The film shows Dharma succumbing in to the loneliness built around his rather mundane life; and just when he gives in to the darkness of his stoic & lonely existence, the vivacious Charlie waltzes into his life to turn it upside down (quite literally). From there follows their story, laced with emotions, as it depicts a truly special bond that tugs at the viewers’ heartstrings.

Also read: The Batman on Amazon Prime Video: OTT release date, who can watch superhero film and all you need to know

Naga Chaitanya reveals his arm tattoo has a Samantha connection. Is he planning to change it?

Kareena Kapoor on Alia Bhatt embracing pregnancy at career’s peak: She is a brave person