Home India Top Story Ramaphosa: ‘The ANC is not an organisation of thugs, our people want... 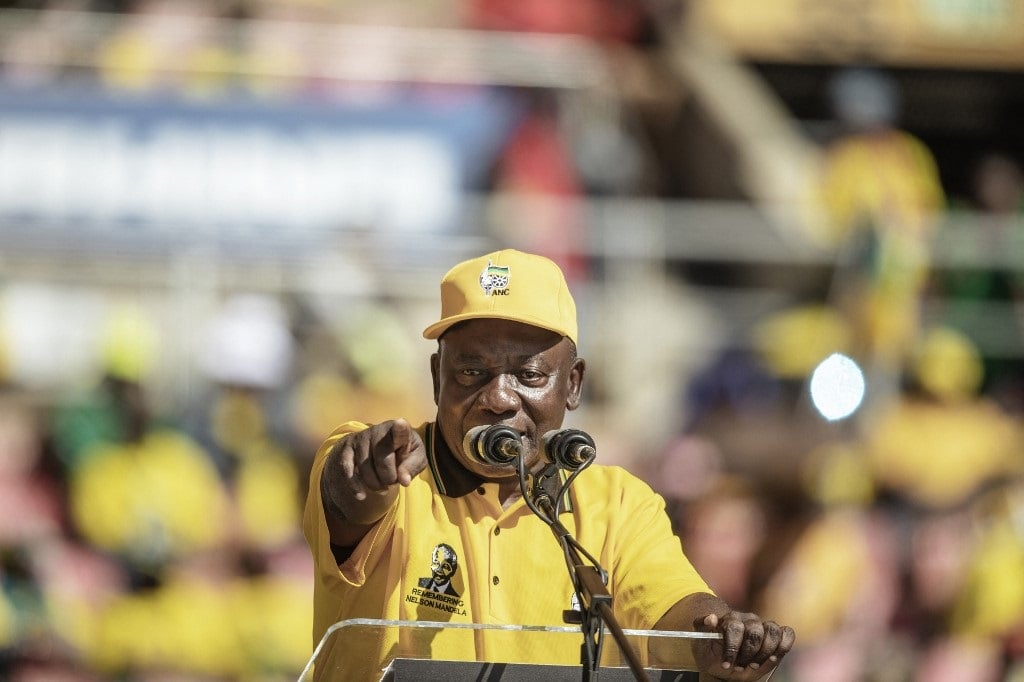 ANC president Cyril Ramaphosa has admitted that factions within the organisation and deploying cadres based on popularity and not merit has weakened the party.

He said the party could only survive if it appointed those who had integrity, were credible and were disciplined to serve the movement.

Ramaphosa revealed that the party’s renewal programme was to take out “disorderly behaviour” within the ANC.

The president, who was speaking at the eighth regional conference of the Norman Mashabane region virtually on Monday, condemned those allegedly hiring “thugs” to disturb ANC programmes.

Ramaphosa said the ANC would continuously call out members who brought the party’s name into disrepute as they failed to adhere to its rules.

Ramaphosa said the prestige of the movement was not supposed to be sacrificed at the altar of political expediency and thuggery.

On Friday, News24 reported on the concerns raised by the North West interprovincial committee who said standing councillors contesting for leadership positions were paying gangs to disrupt branch general meetings so that they could remain in power.

Now clearly we still have members with an abiding sense of entitlement and the belief that they are entitled to positions and they’ll do anything to get into positions and my view is that those types of members comrades are those who just want to plunder the resources of our people and not really service our people.

Ramaphosa said it was high time the organisation deployed a group of capable people who could demonstrate that they could do the work and who had a history of serving the people capably.

Ramaphosa highlighted that part and parcel of the ANC’s downfall was because of people who were deployed for various positions based on popularity and not merit.

The ANC president made it clear that people who voted for the party were not oblivious that the ANC had been divided by factions internally.

Deputy Chief Justice Raymond Zondo has asked President Cyril Ramaphosa to provide him with details about what exactly the ANC admitted it did wrong during the so-called state capture era – “so that there’s no repeat”. | @karynmaughan https://t.co/WjaxLterPv

He said that without identifying some of the wrongs committed by party members, those who voted ANC would lose hope in the party.

“They see corruption happening, they see people fighting amongst themselves and then they experience lack of service delivery… and then they walk away from the ANC. Now comrades, we must then void a compact without people. As we go to them to campaign for our local government elections, we must be able to say to them we’ve turned a new leaf,” he said.

Ramaphosa said his next programme of action in addressing service delivery issues would be visiting the North West to address some of the issues which included service delivery and had collapsed local governance in the province.

Meanwhile, the ANC also condemned isolated reports of violence and loss of lives associated with some ANC branch general meetings hosted over the weekend in parts of the country.

The party said the latest report was in regards to two people who died and 14 seriously injured following a shootout during one of these meetings held to nominate a ward councillor candidate in Lephalale, Limpopo.

The ANC said it was investigating the incident and would take action against any members involved.

“Should it be found that they are members in good standing, they will be summarily suspended and also reported to law enforcement agencies. The ANC is sending a strong warning to all those hellbent at undermining organisational unity to desist from such acts or risk facing expulsion. The constitution of the ANC empowers organisational structures to act decisively against those who bring the organisation into disrepute,” said the party’s national spokesperson, Pule Mabe.