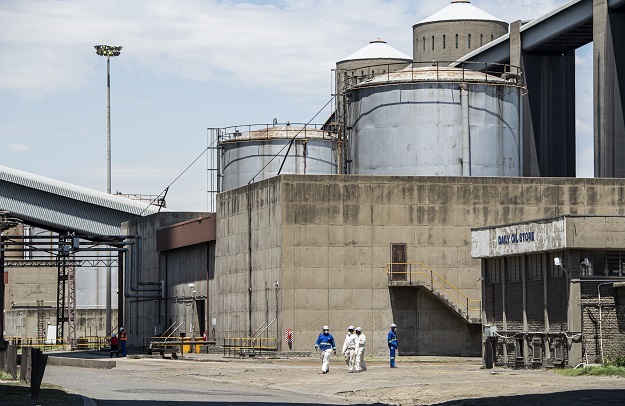 The situation is so dire Ramaphosa is cutting his overseas trip short to deal with the electricity crisis.

When he sets foot back on South African soil, Ramaphosa will do so facing increased political pressure from opposition parties.

ROLLING COVERAGE | Eskom and load shedding news as it happens

On Tuesday, DA leader John Steenhuisen will deliver a public address on “solutions to urgently tackle Eskom’s imminent collapse and fast track the procurement and provision of electricity to our nation where the ANC has repeatedly failed”.

“As Eskom plunges South Africa into Stage 6 load shedding this week, our country is facing what experts have referred to as a ‘catastrophic’ event as our national electrical grid buckles under the pressure of decades of corruption, mismanagement, and unworkable policy proposals by President Cyril Ramaphosa, Energy Minister Gwede Mantashe, and the ANC in national government,” read the DA’s statement.

While most of the DA’s focus has been on Ramaphosa and Mantashe, DA MPs Jan de Villiers and Henro Kruger, in a joint statement, also took aim at Small Business Development Minister Stella Ndabeni-Abrahams.

They said the ongoing electricity crisis posed “the single biggest existential threat” to businesses in the SMME sector.

“The power supply crisis is the direct consequence of the ANC’s hostile state interventionist and race-based policy approach to the energy solution. This guiding ideology incentivised corruption on an industrial scale,” read the statement.

“Every small enterprise founded from 2007 onwards has had to contend not only with an over-regulated and over-politicised market, but also with the devastating effects of persistent power outages.

“And, due to cost constraints that are inherent to the infant nature of most small businesses, investment in expensive alternative energy supply systems is simply not an option.

“However, by taking part in small-scale energy generation activities, SMMEs can play a significant role in the solution to solving South Africa’s power crisis.

“It is therefore unconscionable that the minister of small business development, Stella Ndabeni-Abrahams, is not actively working to promote increased SMME participation in the renewable energy sector.”

FF Plus MP Wynand Boshoff said he did not expect the energy crisis to be resolved while the ANC was in power.

“Even though the country’s economy is being forced to its knees, the government keeps clinging to two policies, without which the current crisis would not even have existed. They are affirmative action and a resistance to privatisation,” he added in a statement.

“So, power consumers who need reliable power supply will have to generate it themselves, at least for the foreseeable future.”

He said De Ruyter and the entire Eskom board must resign immediately, as it had become clear they could not resolve the crisis.

Bloem added it was clear Ramaphosa, Gordhan and De Ruyter did not understand how load shedding devastated the economy.

We are tired of the empty promises of President Cyril Ramaphosa and Minister Pravin Gordhan.

“We do empathise with your sentiments given the ongoing challenges of load shedding that the country is once again confronted with.

“We have stated previously that, in the main, unanticipated breakdowns of our ageing fleet of power plants contribute to load shedding. Needless to say, we are focusing on improving maintenance and repairs to ensure increased energy availability,” Mabuza said.