Home Entertainment Movies Ranveer Singh And Nora Fatehi Burn Up the Internet With Their Sizzling... 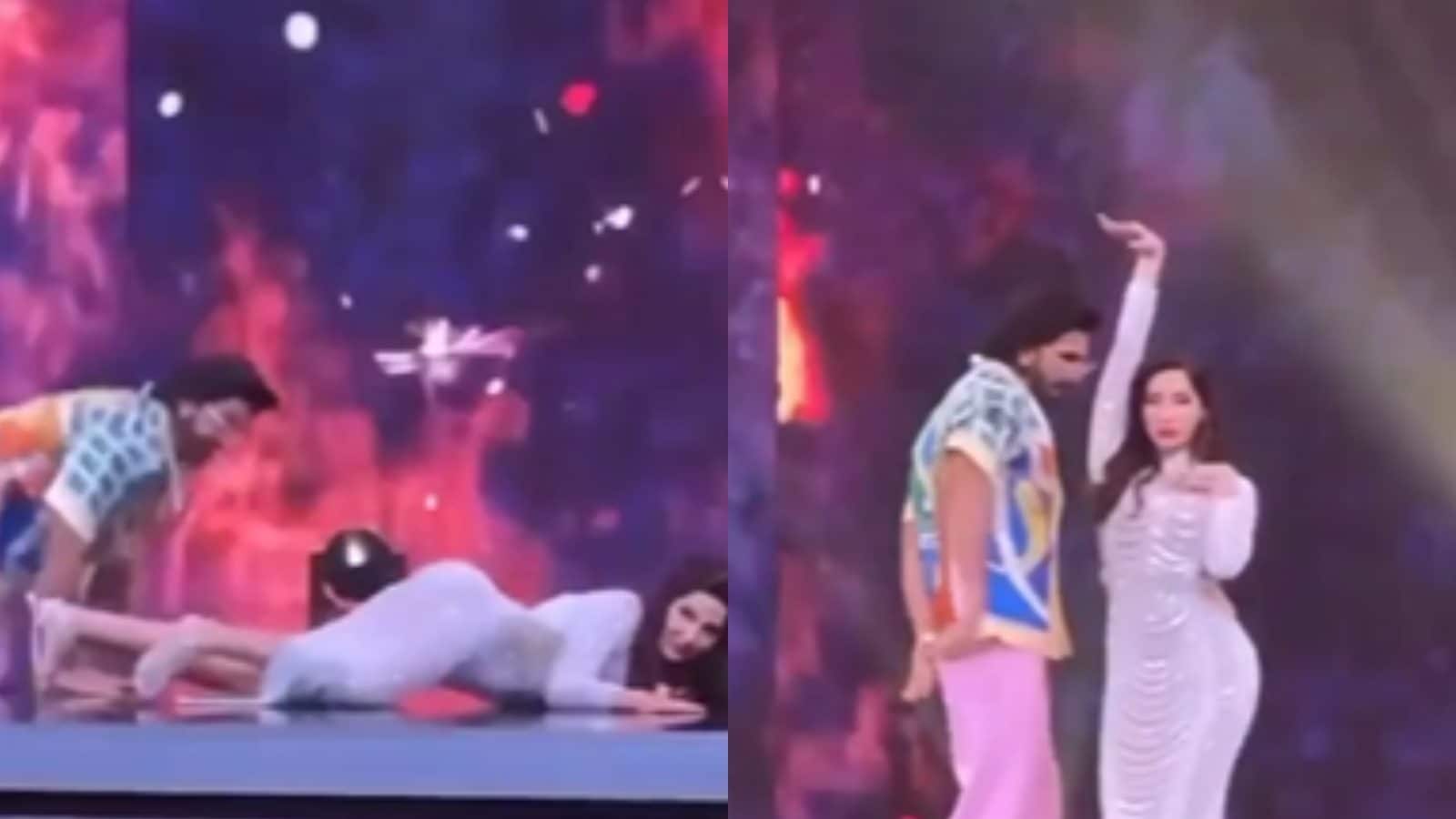 Ranveer Singh and Nora Fatehi fans are in a frenzy after the two set the stage of Dance Deewane Juniors ablaze by performing the famous Garmi song and nailing its hook step together. Ranveer, who is currently on a promotional spree for his upcoming comedy movie Jayeshbhai Jordaar, recently appeared on the kids’ dance reality show for an upcoming episode. It was then, that the superstar took the stage with the Moroccan beauty and raised the temperature even higher. Several videos of their performance are going crazy viral on the Internet.

The video opens with Nora gracefully moving to the tunes of the song from the film Street Dancer 3D, then as soon as the lyrics begin, Ranveer joins the actress with all his energy and starts grooving to its tunes. The moment both the stars lie on the stage to start the famous hook step of Garmi, the whole audience began cheering and hooting with a resounding rapturous round of applause. Even the comments section of this viral video was lit with the fire emoticons.

One user wrote, “Damnnn, she is so flexible.” Another commented, “Nothing can be more energetic than this performance on the internet today,” and ended with a handful of fire and heart emoticons. A third user wrote, “They are truly setting the stage on fire.” Nora redefined dazzling, as she looked drop-dead gorgeous in a bodycon dress, which featured a knee-high slit, turtle neck, and full sleeves. Making us all swoon over her look, the actress kept her wavy tresses open and completed her glamorous look with shiny high heels and bold makeup.

As always, Ranveer appeared quirky in a multi-colour baggy shirt that he paired with hot pink flare pants and yellow sneakers. He teamed it all with brown sunglasses and pearl neckpieces. The actor also grooved with veteran actress and co-judge of Dance Deewane Junior, Neetu Kapoor.

Ranveer is gearing up for his upcoming Divyang Thakkar directorial which will hit theatres on May 13. Apart from Jayeshbhai Jordaar, the actor will also be seen in Rohit Shetty’s Cirkus, which will also feature Pooja Hegde, Jacqueline Fernandez, and Varun Sharma in prominent roles.