Television and Bollywood actor Sidharth Shuklas untimely demise has not only left everyone in shock, but also created a void that cannot be filled. Sidharth (40) did a number of television and reality shows and also acted in the popular 2014 film ‘Humpty Sharma ki Dulhania’, starring Varun Dhawan and Alia Bhatt as the leads. A wave of shock and grief has taken over Bollywood after the sudden demise of actor Sidharth Shukla. Bollywood celebrities who have known him personally and even those who didn’t took to social media to share their grief and shock.

On Friday actor Ranveer Singh took to his Instagram to mourn the death of Sidharth Shukla who passed away after suffering a massive cardiac arrest on Thursday morning. Sharing a black and white picture of Shukla Ranveer added a ‘heartbroken’ emoji on his Instagram story.

Earlier, Alia Bhatt also took to her social media and shared a throwback picture with the late actor with an emotional message: “Sid, one of the warmest, kindest and most genuine people I’ve worked with..always smiling and always positive! My heartfelt condolences to his family, loved ones and his fans who have loved him so deeply! Rest in peace!” Varun Dhawan too had shared a picture of Sidharth from the promotion days of ‘Humpty Sharma Ki Dulhania’.

Meanwhile, ahead of his last rites at the Oshiwara crematorium, an ambulance which will carry the mortal remains of late actor Sidharth Shukla is being decorated with flowers outside the cooper hospital. Pictures of ambulance being decorated by staff surfaced in media which is leaving fans with heavy heart. 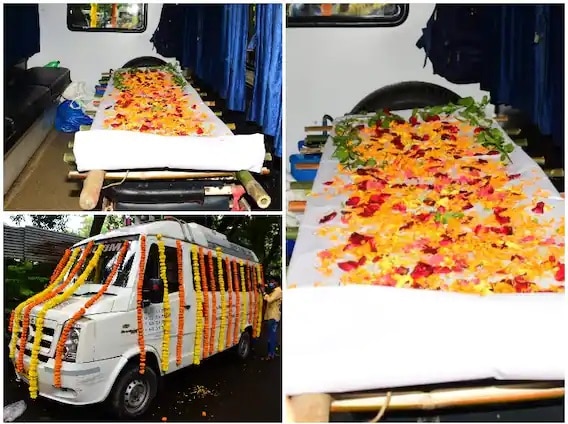 Sidharth Shukla’s last journey will involve the Brahmakumari rituals as the actor was an ardent follower of the faith. Shukla’s post-mortem was conducted at Cooper Hospital and the process was recorded on video.

Sidharth is survived by his mother and two sisters.