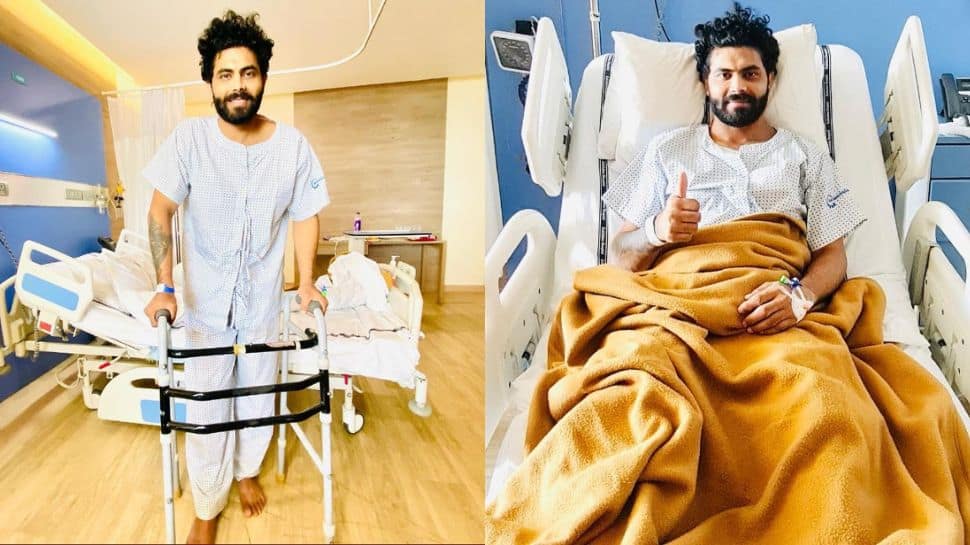 Ravindra Jadeja‘s knee surgery is successful and the all-rounder will start rehabilitation soon. Earlier on Saturday before India’s Super Four clash with Pakistan, Indian head coach Rahul Dravid had announced that Jadeja sustained an injury in his knee and as a result, was ruled out of the ongoing Asia Cup 2022. Axar Patel, another bowling all-rounder was announced as his replacement. Jadeja took to Instagram on Tuesday to announce that his surgery was successful and will start rehabilitation soon.

“The surgery was successful. There are many people to thank for their support and involvement – BCCI, my teammates, support staff, physios, doctors and the fans. I will start my rehab soon and try to get back to soon as I can. Thank you to everyone for your kind wishes,” said Jadeja in a post.

Jadeja was having a solid Asia Cup 2022 till he got injured. In the first match against Pakistan, he played a match-winning knock of 35 and registered figures of 0/11 in two overs. In the next match against Hong Kong, he did not bat but took 1/15 with the ball and fielded really well.

The star all-rounder is having a solid 2022 so far, both with bat and ball. In nine T20Is this year, Jadeja has scored 201 runs in eight innings at an average of 50.25. His best individual score is 46* this year in the format. Besides this, he has taken five wickets, with best figures of 1/15.

In three Tests this year, he has scored 328 runs in five innings at an average of 82.00. He has smashed two centuries in the longer format of the sport this year. His best score is 175* that he scored against Sri Lanka earlier this year. He has also taken 10 wickets in this format with best figures of 5/41. In three ODIs this year, he has scored 36 runs in two innings at an average of 36.00. His best score in format this year is 29. He has also taken a wicket in the format this year. Notably, Team India is playing Sri Lanka in a crucial Super Four clash at the ongoing Asia Cup 2022 today.