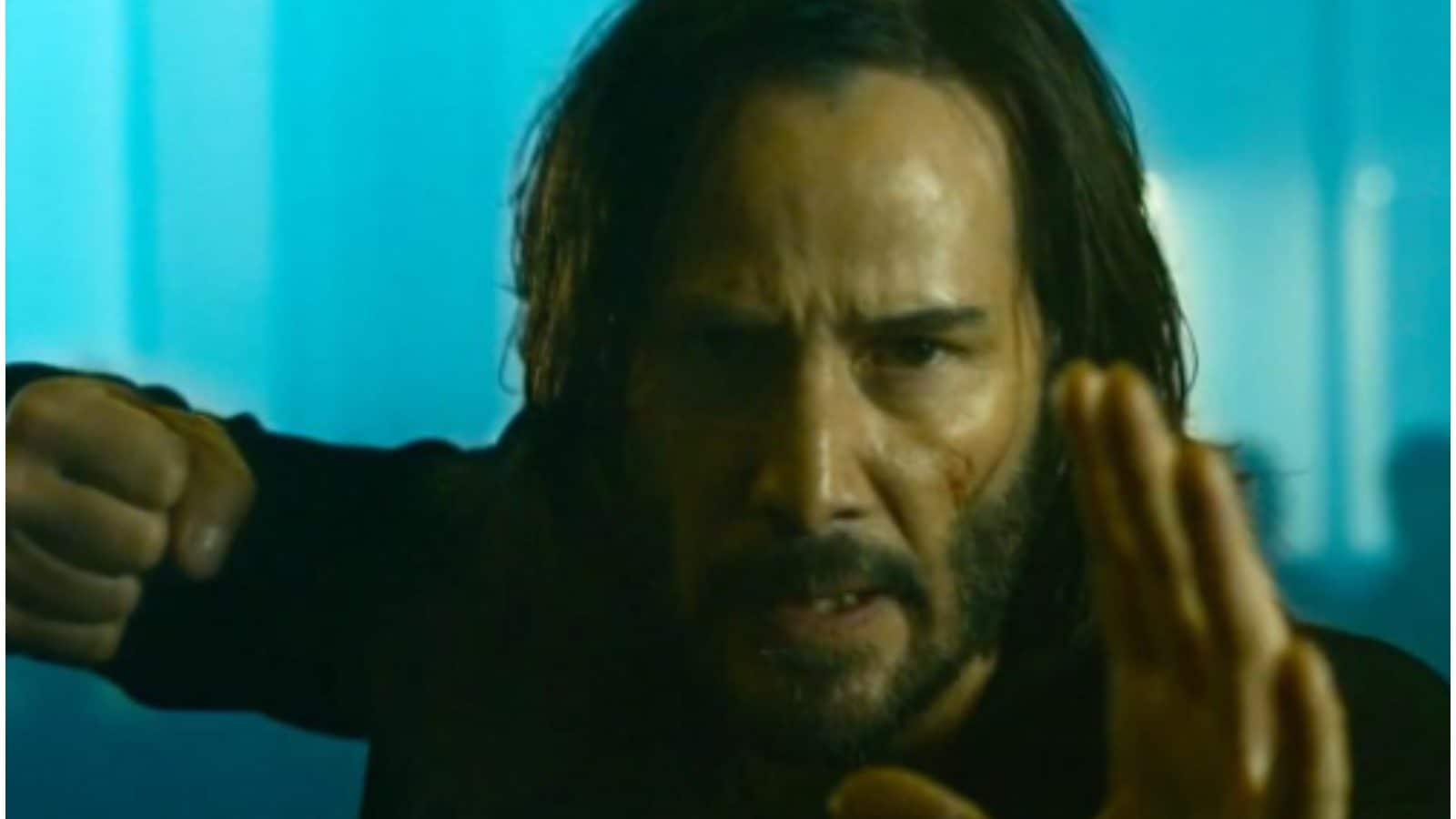 Keanu Reeves as Neo in The Matrix Resurrections teaser

The Matrix Resurrections is set for December release. An innovative website has unveiled the first footage of the highly anticiapted movie starring Keanu Reeves and Carrie-Anne Moss.

The first footage of The Matrix 4, titled The Matrix Resurrections, has been unveiled via an interactive website whatisthematrix.com. The user is asked to choose between a red pill and the blue pill, which is a reference to the The Matrix trilogy and depending on what one chooses, a different video footage is revealed.

The trailer of The Matrix Resurrections will be arriving on 6.30 pm later in the day. However, ahead of the official trailer, the first look at Keanu Reeves’ character has been revealed. The mind bending concept of what is real has been retained. We seen Reeves’ character in various places as insane action sequences and brilliant CGI work is hinted at in fast cuts. Reeves’ look has changed from the trilogy. There is also a scene where Trinity (Carrie-Anne Moss) is seen with Neo (Reeves) but retracts her hand. A glimpse of Yahya Abdul-Mateen II, who is a new addition to the franchise. Neo also seen to be visiting a therapist, played by Neil Patrick Harris.

The new Matrix film also recreates the Neo and Morpheus (Laurence Fishburne) fight scene, but Yahya Abdul-Mateen II seems to be the new character of interest. The new movie has other scenes that are call backs to the former Matrix films and let’s just say that the hype is real.

The Matrix Resurrections is set for December release and is directed by Lana Wachowski. Priyanka Chopra Jonas, Jessica Henwick and Jonathan Groff are new actors joining the franchise. The look and feel of new The Matrix movie is certainly different.