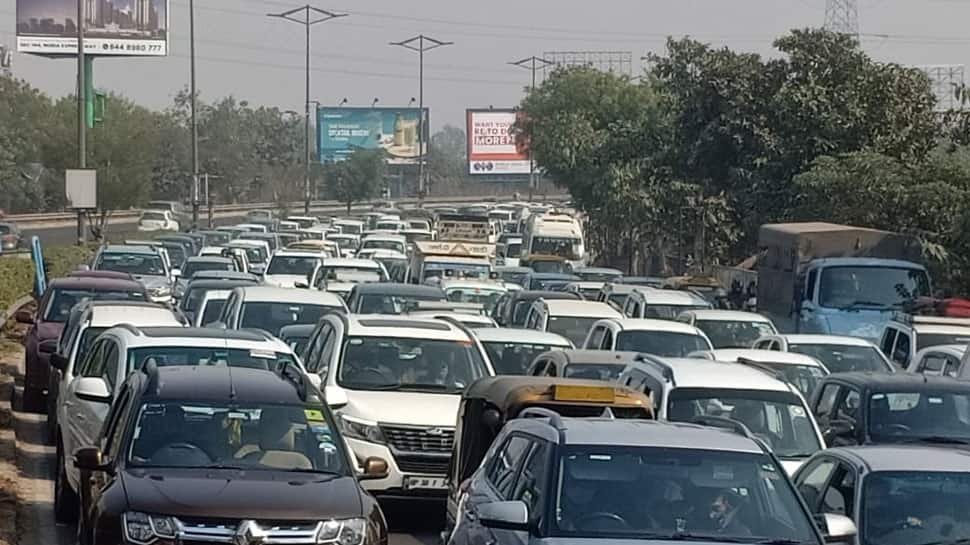 New Delhi: Delhi Police has issued a traffic advisory on the arrangements and restrictions put in place for smooth conduct of Republic Day Parade Full Dress Rehearsal on Monday. The rehearsal will start at 10.30 am from Vijay Chowk and pass via Kartavya Path, C-Hexagon, roundabout statue of Netaji Subhash Chandra Bose, Tilak Marg, Bahadur Shah Zafar Marg and Netaji Subhash Marg before concluding at Red Fort.

In order to facilitate its smooth passage, no traffic movement will be allowed on Kartavya Path from Vijay Chowk to India Gate from 6 pm on Sunday till the end of the parade on Monday.

There will also be no cross-traffic on Kartavya Path at Rafi Marg, Janpath and Man Singh Road from 11 pm on Sunday till the parade ends. C-Hexagon-India Gate will be closed from 9.15 am on Monday till the parade crosses Tilak Marg, the advisory stated. Traffic on both directions will not be allowed on Tilak Marg, Bahadur Shah Zafar Marg and Subhash Marg from 10.30 am. Cross-traffic will only be allowed depending on the movement of the parade, it stated. Commuters have been advised to avoid the parade route from 9.30 am to 1 pm.

Keeping in view the Military Tattoo and Tribal Dance programme as part of Republic Day Celebrations 2023 at Jawahar Lal Nehru Stadium, the following traffic restrictions are effective on 23rd Jan and 24th Jan in Delhi.

Metro services will remain available at all stations during the dress rehearsal ceremony. However, boarding and deboarding at Kendriya Sachivalaya and Udyog Bhawan stations will not be permitted from 5 am till 12 pm, according to the advisory.