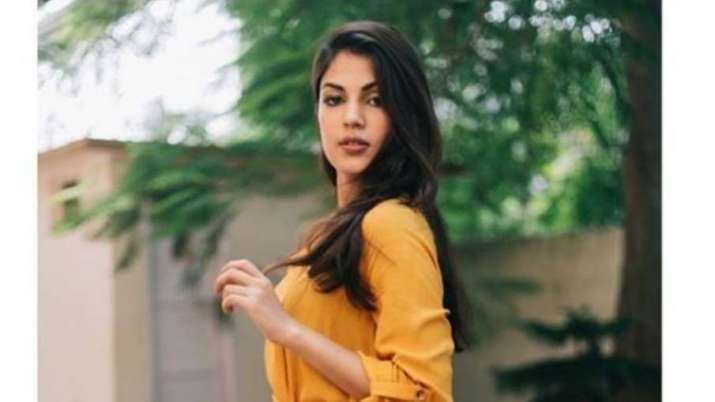 In the Sushant Singh Rajput case, the late actor’s girlfriend and actress Rhea Chakraborty has moved a fresh plea in the Supreme Court, complaining that the media was unfairly holding a trial and pronouncing her guilty. She also urged the top court to ensure that she is not be made a scapegoat of political agenda in the wake of the Bihar elections scheduled later this year.

For the reasons set out hereinabove, it is submitted that the transfer of investigation to the CBI by the Bihar Police is illegal, the plea said. However, the petitioner reiterated that she had no objection if the court referred the matter to the CBI and even if the CBI propbes the matter, the jurisdiction will still be with the courts in Mumbai, and not in Patna.

Rhea argued that actors Ashutosh Bhakre and Sameer Sharma too had committed suicide like Sushant in the last 30 days, but there was not even a whisper in the media about these two cases.

The hearing on the matter is listed for Tuesday. Earlier, Rhea had moved the top court seeking transfer of the case against her from Patna to Mumbai.

“Actors Ashutosh Bhakre (32) and Sameer Sharma (44) also reportedly committed suicide in the last 30 days, but there isn’t even a whisper about the cases in the corridors of power. But in Sushan’t case, the Chief Minister of Bihar is reported to be responsible for registering an FIR in Patna,” said the additional affidavit filed by Rhea.

She insisted that the sad incident of the death of Sushan, who hailed from Bihar, unfortunately occurred just in the wake of Assembly elections in Bihar. “Due to this, the matter is being blown out of proportion,” said the affidavit.

Rhea also said that the issue is being blown out of proportion by the media. “Media channels are examining and cross-examining all the witnesses in the case. The petitioner has already been convicted by the media even before foul play could be established behind Sushant’s death.

Extreme trauma and infringement of privacy of the rights of the petitioner is being caused due to constant sensationalisation of the case,” said the affidavit.

Rhea also told the apex court that she should be protected, and not made a scapegoat of political agenda.

‘I must be doing something right’, says Deepika Padukone about her Cannes 2022 sojourn