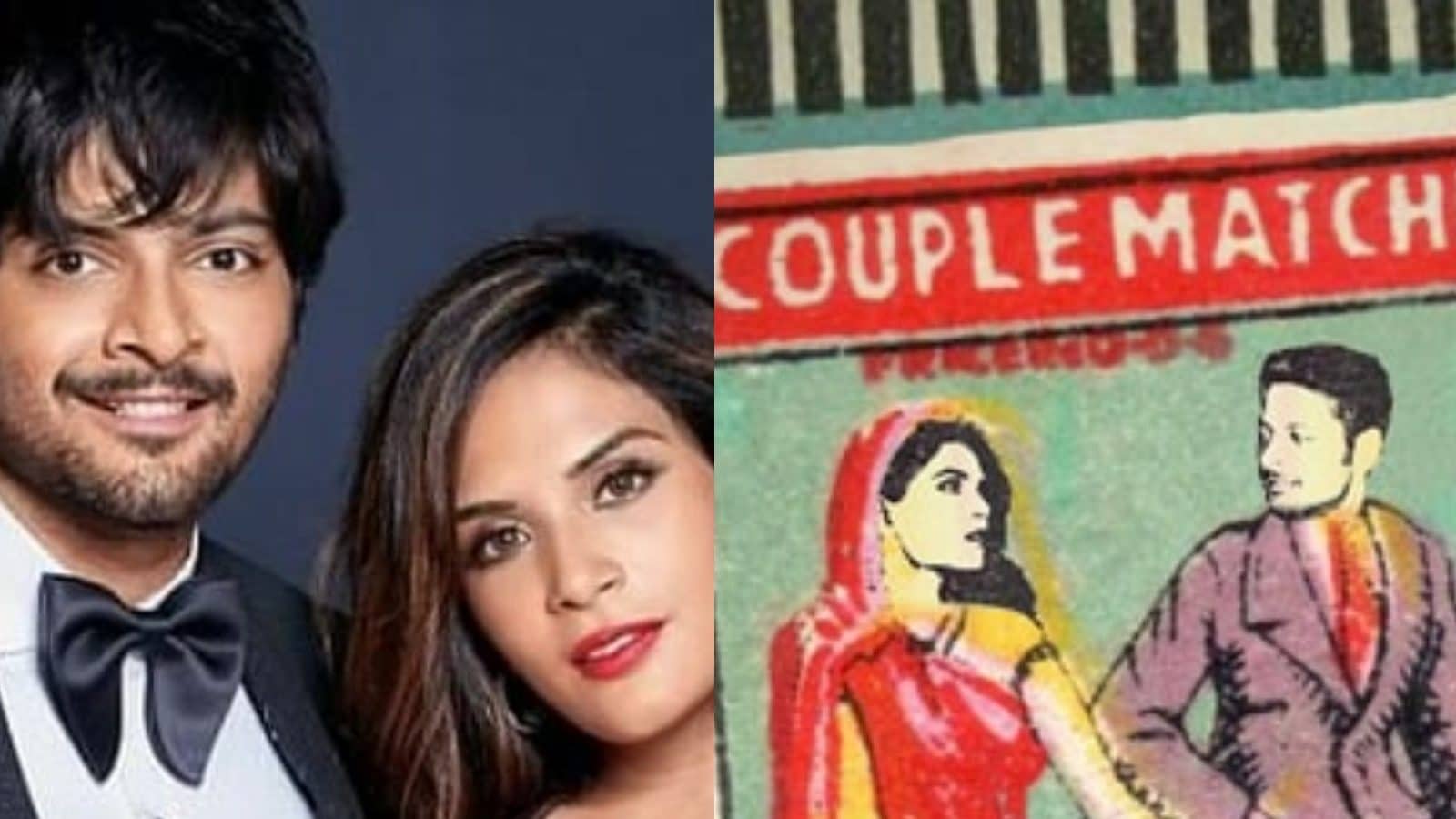 Richa Chadha and Ali Fazal will reportedly get married on October4

Amid reports of Ali Fazal and Richa Chadha’s wedding, a picture of their quirky albeit super stylish wedding invite has gone viral on social media.

Richa Chadha and Ali Fazal are one of the power couples of Bollywood and are all set to tie the knot next month in a dreamy fairytale wedding. Amid all the reports making rounds on the internet related to their wedding, a picture of their uber-cool wedding invite has gone viral. The couple has ditched the traditional wedding invitation and has gone with a quirky post. It has a hint of old school love story. The wedding invite is in the shape of a matchbox featuring a kitschy version of both actors.

In the sketch, Richa can be seen in a red saree, while the Mirzapur actor is sporting formal attire. He can be seen in white pants paired with a pink shirt with a red tie. The ensemble is completed with a purple coat. The Fukrey co-stars can be seen riding bicycles. The visible text on the cover read: “Couple matches.”

Notably, the couple met on the sets of Fukrey in 2012 and later fell in love. The duo officially announced their relationship when the 3 Idiots actor shared a selfie with the Gangs Of Wassepur actress on Instagram in 2017. The couple has been going stronger ever since.

A close source to the couple told ANI that they are likely to tie the knot on October 4 in Mumbai. The duo will host their wedding reception a day later for their family and friends from the film fraternity. The festivities before the D day will are likely to begin on September 30 in Delhi. The three functions include Cocktails, Sangeet and Mehendi.

It is said that the duo was originally supposed to get hitched in April 2020, but owing to the COVID-19 Pandemic and restrictions, they postponed their plans.