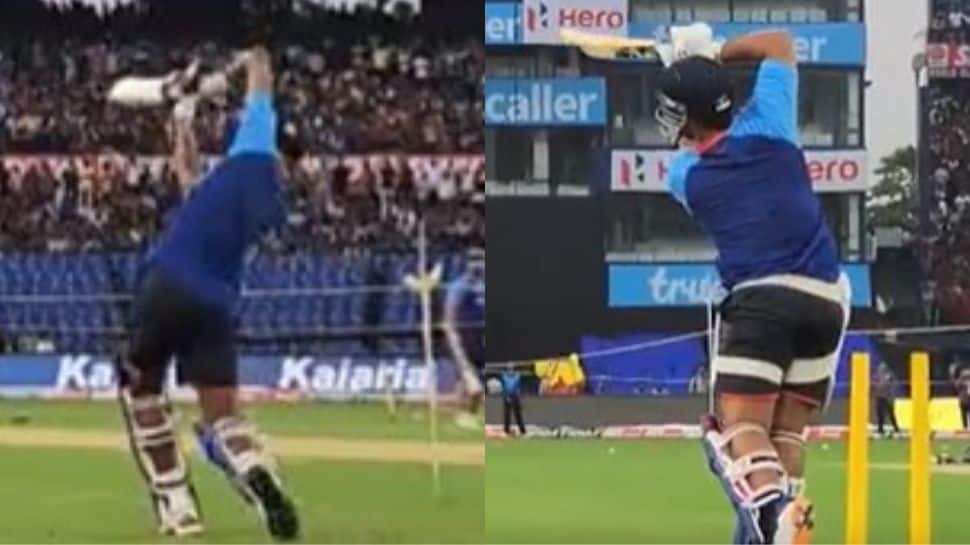 The only positive for Team India from the first T20I against South Africa was the batting display by a relatively less experienced lineup. After Ishan Kishan’s heroics at the top of the order, captain Rishabh Pant and vice-captain Hardik Pandya gave India’s innings a perfect finishing touch. Ahead of the second T20I in a video shared by BCCI shows Pant and Pandya competing in a six-hitting competition.

Some cracking hits from the Captain and Vice-captain get the crowd going. #TeamIndia | #INDvSA | @RishabhPant17 | @hardikpandya7 | @Paytm pic.twitter.com/JoRKKzwvpJ

“Some cracking hits from the Captain and Vice-captain get the crowd going,” BCCI wrote in the captain of the video where Hardik and Rishabh can be seen hitting huge sixes landing directly into the stands where thousands of fans were enjoying Team India’s training session ahead of the second T20I game.

Earlier in another video posted by BCCI, Pandya revealed how to fight against the injury to make comeback to the Indian side. This is Pandya’s first India appearance season the ICC T20 World Cup 2021 in UAE.

“Playing for the country has always been special, especially after a long break. I am coming back fresh and am very excited to be back. It gives me the opportunity to show exactly what I’ve worked hard for. Doing well for the country is more important, and it gives me immense pleasure. Just looking for some positives and exciting days ahead,” said Pandya.

The all-rounder returned to the Indian team after leading Gujarat Titans to IPL 2022 title at their home ground in Ahmedabad, shining with an all-round performance of 3/17 with the ball and 34 with the bat.

India will take on South Africa in the second T20I on Sunday at the Barabati Stadium, Cuttack. India will look to level the series in the second game after having lost the first game by seven wickets.