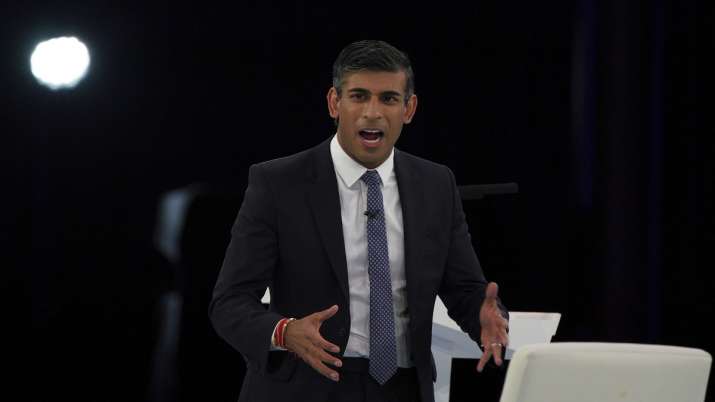 The video, first used to introduce Sunak at a hustings event in Manchester on Friday night, shows the former Chancellor at a series of campaign events since the race began last month and addressing Tory members who are voting for a new party leader to take charge as British Prime Minister on September 5.

“I’ll keep fighting for every vote until the final day,” Sunak tweeted with the video, which counts down 100 events in 30 days to reach 16,000 party members on the campaign trail.

The video shows the 42-year-old British Indian former minister interacting with voters and is also seen catching a quick power nap on a bench as a voiceover praises his efforts to “fight for every inch”.

“They say beware the underdog, because an underdog has got nothing to lose. An underdog fights for every inch,” the voiceover says.

“They work harder, stay longer, think smarter; underdogs don’t give up, they’ll do the difficult things and they never, ever get complacent,” it adds.

It comes as most recent surveys of Tory members casting postal and online ballots in the election and bookie odds strongly indicate a Truss victory, who is campaigning on a tax-cutting plan to address the economic crisis amid soaring prices in the UK.

Former minister Michael Gove became the most recent senior Tory grandee to warn that her plans were a “holiday from reality” as he endorsed Sunak’s focus on inflation busting.

According to a report in the ‘Observer’ on Sunday, more former Cabinet members from Truss’ own party have expressed “jitters” over the current Foreign Secretary’s plans.

One unnamed former minister told the paper they were “worried” about the prospect of Truss being handed the keys to No. 10 Downing Street, adding: “Members are going one way with Liz, the country at large, the other.”

“If she carries on with full-on culture wars and the anti-woke stuff, as well as the economic stuff, she will just come across as Boris without the charm. Then she will turn off people in the blue wall,” said another, referring to the northern England seats won over by the Tories from Labour in the 2019 general election.

Meanwhile, the Opposition Labour Party is enjoying a surge in popularity among the wider British electorate. A new Opinium poll for the ‘Observer’ gives Labour and its leader, Sir Keir Starmer, a solid poll boost on the back of his policy to freeze the energy price cap in an effort to help those struggling with exorbitant household bills.

Two weeks ago, 29 per cent of all voters said Truss would be the best Prime Minister, against 28 per cent who chose Starmer. This weekend, Truss has dropped to 23 per cent while Starmer has increased his score to 31 per cent. When the choice was Starmer versus Sunak, 29 per cent backed Starmer and 23 per cent Sunak. The survey of 2,001 adults this week gave Labour a 39 per cent vote share to the Conservatives’ 31 per cent.

A YouGov poll for ‘The Times’ on Saturday also showed Starmer’s party enjoying its biggest lead in 10 years, on 43 per cent – 15 points ahead of the Conservatives on 28 per cent.