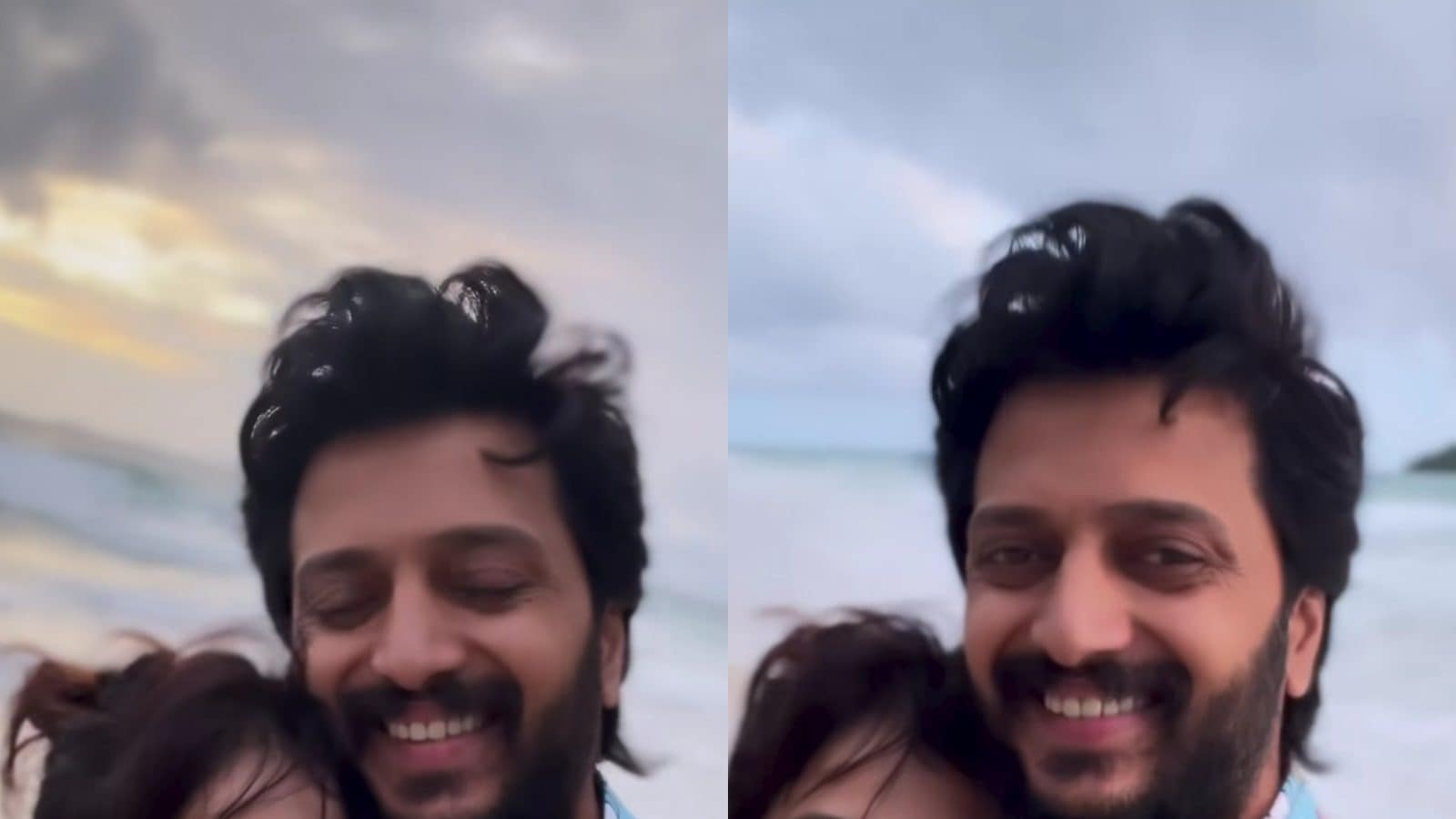 Riteish and Genelia completed 20 years of wedlock in February 2022

Riteish Deshmukh and Genelia D’Souza never fail to set couple goals for their fans. The two lovebirds are an absolute sensation when it comes to their cute and adorable social media posts. From sharing quirky and romantic reels of each other to expressing their love in the open, the duo are undoubtedly one of the most happening couples of Bollywood. Following that trajectory, Riteish Deshmukh shared another scenic and hilarious reel with his wife that left the fans gushing.

On Monday, Riteish took to his Instagram handle to post a video with Genelia that was shot on some beach. The picturesque sunset in the background complimented the couple as they both looked lovely. While Riteish Deshmukh had donned a trendy multi-colored shirt, Genelia sported a grey and yellow coloured T-Shirts. Throughout the entirety of the video, the Tere Naal Love Ho Gaya actress had her head placed on Riteish’s chest. The actor wrote in the caption, “My previous @geneliad”.

Reacting to the reels, several fans complimented the bond the two of them share. One of the fans commented, “Most Beautiful Couple in Bollywood”, another one wrote, “Always Favourite”. Someone also said, “Blessings and Love! Stay fit and healthy always”.

The year 2022 was also a special one for Riteish and Genelia as they celebrated their 20th marriage anniversary in February. The couple tied the knot on February 3, 2012. They welcomed their son Riaan in November 2014 and their second son Rahyl in June 2016. The actors have also worked together in ‘Tere Naal Love Ho Gaya’, ‘Lai Bhari’ and ‘Masti’, and are set to headline Shaad Ali’s film ‘Mister Mummy’ after a period of 10 long years. Touted to be a comedy drama, the film would tell the story of a couple with opposing choices when it comes to children but destiny has something else planned for the childhood sweethearts.