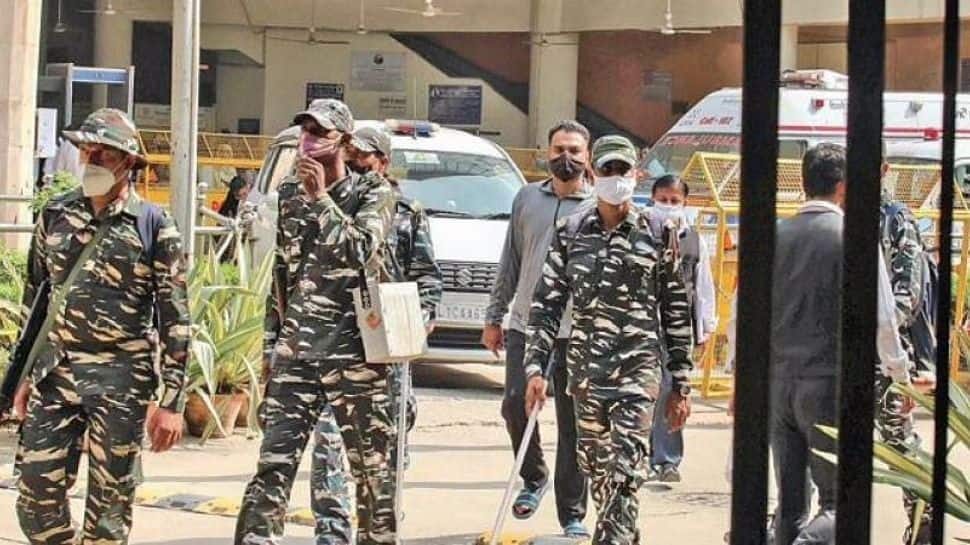 New Delhi: The Chief Justice of India (CJI) N V Ramana on Friday (September 24, 2021) expressed deep concern over the shootout incident inside the crowded Rohini courtroom in New Delhi. CJI Ramana also spoke to the Delhi High Court Chief Justice in this regard.

CJI Ramana also advised Delhi High Court Chief Justice D N Patel to talk to both police and the Bar to ensure that the functioning of the court is not affected.

A top court official said that the issue of safety and security of court complexes and judicial personnel is already under the consideration of the Supreme Court and the matter may get a priority hearing next week.

The officials said that jailed gangster Jitendra Gogi and his two assailants posing as lawyers were killed inside a crowded Rohini courtroom on Friday in a dramatic shootout. The incident also witnessed the police firing bullets in retaliation.

Indian Express quoted ​​Delhi Police Commissioner Rakesh Asthana as saying, “Two men dressed as lawyers opened fire at undertrial prisoner Jitender Gogi inside the Rohini court. Our police personnel were present there and they acted very swiftly. There was a security lapse and we will definitely look into it. JCP (Northern range) will enquire into the incident and submit a report. We will take appropriate action. The case has been transferred to the Crime Branch for further investigation.”

Additionally, video footage of the incident showed policemen and lawyers rushing out in panic as gunshots rang out inside courtroom number 207.

The two gunmen dressed as lawyers are suspected to be members of rival Tillu gang, an official said, adding that over 30 shots were fired.

Witnesses said a law intern has also sustained bullet injury in her leg and some also claimed that the gang members pumped 10 bullets into Gogi, one of Delhi’s most wanted criminals.

Sources said that Gogi received about seven bullet injuries, even as there was no official confirmation from police on this.