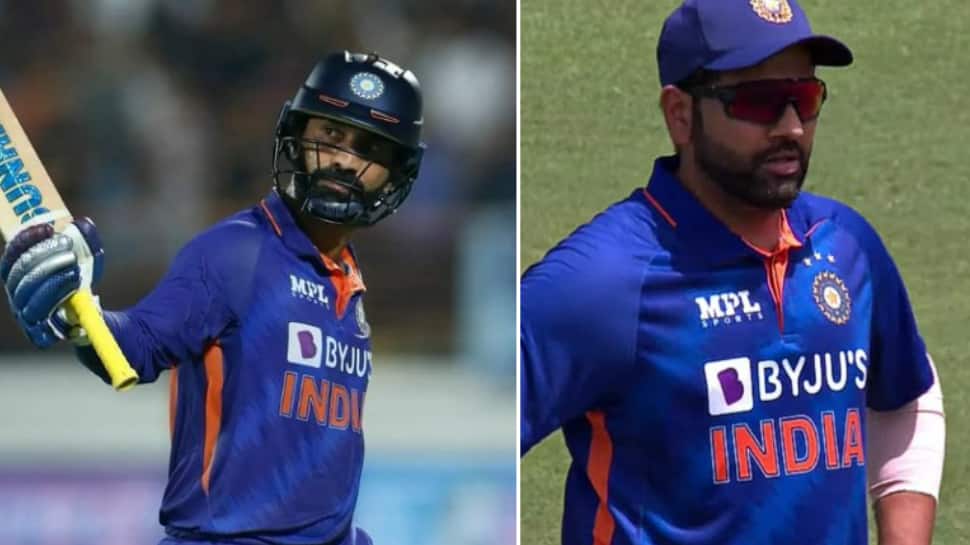 India captain Rohit Sharma has had a tough time in Test cricket. Till 2019, he was not a part of the Test format even if he became a constant in the limited overs side. Rohit had struggled throughout his Test career untill he was given the responsibility to open the innings. When he started opening the innings, he started to become consistent, a series of hundreds followed and with time, he guranteed his p;ace in the XI. Today, Rohit captains the Indian national team in all 3 formats.

His teammate and old friend Dinesh Karthik recently opened up on his struggles in Test side on docu-series on Cricbuzz. He said that Rohit always wanted to contribute to Test cricket and that he never quit thinking about it.

“Sometimes, he played a reckless shot or two but he believed that he will come back. Interestingly, he didn’t come back at the speed that he would and he resigned to the fact that maybe it’s just going to be white-ball cricket for him now.”

Rohit had a great start to his Test career in 2013 as he scored 177 and 111 not out vs West Indies in his first two Tests. Karthik feels those two hundreds put a burden of expectations on the shoulders of Rohit, who was seen as the next Sachin Tendulkar. But things didn’t pan out exactly like that. Karthik said that Rohit was thrown many curve balls at him and he had to answer all of them. Rohit had certainly answered some of them.