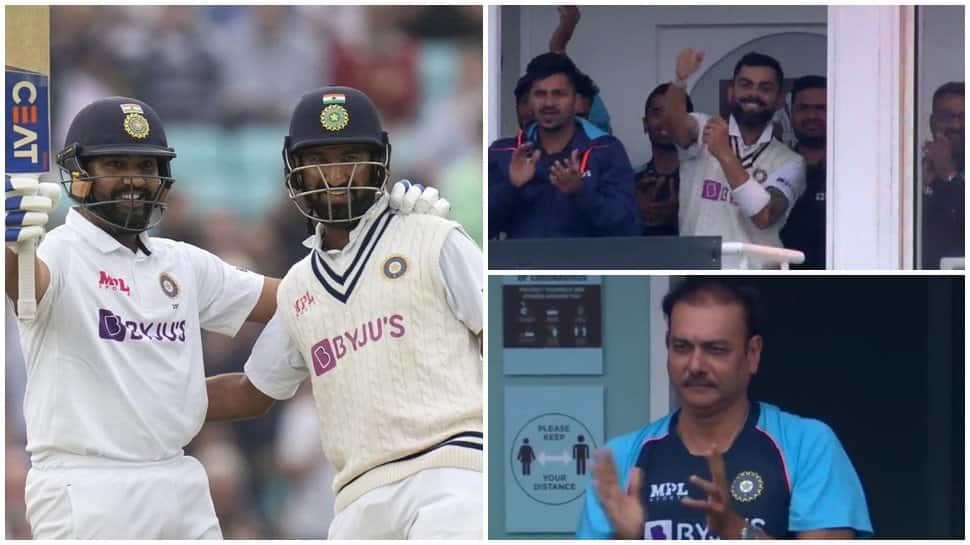 Rohit Sharma’s rich form in England helped him complete his first overseas ton in Test as India kept things intact on Day 3 of the ongoing Test at The Oval on Saturday. Rohit, who had earlier scored two half-centuries in the series, reached the triple-digit figure in style, after the 34-year-old smashed Moeen Ali for a six over the long-on boundary.

However, the 34-year-old surely did his job before getting out and the mood in the dressing room was quite a reflection of it. Soon after the Indian opener completed his 100, an ecstatic Virat Kohli celebrated the moment by punching his fists in the air, while a serene smile refused to leave coach Ravi Shastri’s lips.

Meanwhile, the entire dressing room was seen applauding Rohit his heroics, and in a video shared by Sony Liv, the official live streaming partners of the match, his wife Ritika Sajdeh was also seen cheering for her husband from the stands.

Here is the video:

It took eight years and 43 Test matches for Rohit to get an overseas hundred.