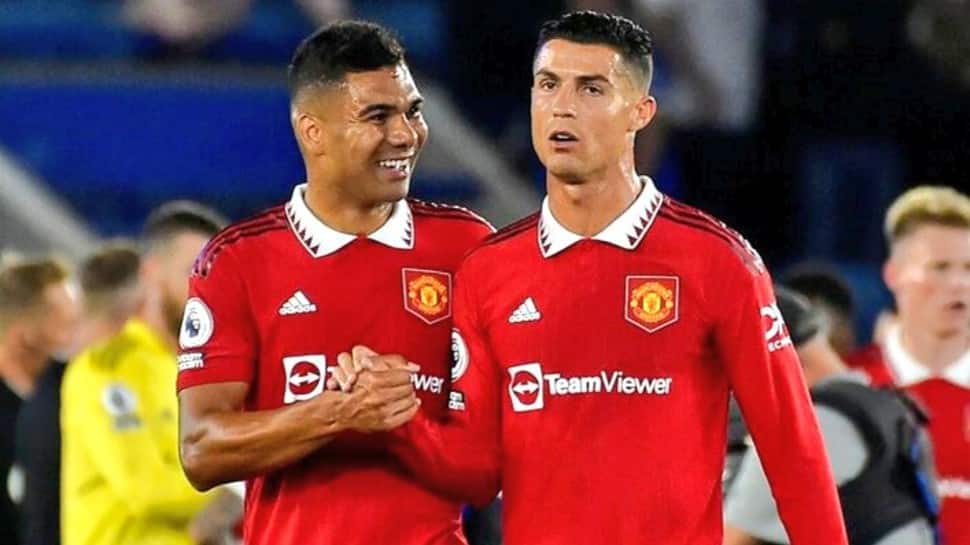 Cristiano Ronaldo started off the bench again for the third time this season as Manchester United secured another close victory against Leicester City on Friday (September 2). With Ronaldo only making a late appearance off the bench. Jadon Sancho finished off a flowing move on the break for the only goal of the game in the 23rd minute as United’s players backed up victories over Liverpool and Southampton to put their early-season crisis behind them.

It was only 10 days ago that United went into its home game against Liverpool on the back of back-to-back defeats to open the season with doubts swirling around the suitability of Ten Hag, its recently hired coach from Ajax and his new signings.

Those doubts have pretty much disappeared, with United playing with more confidence and the additions of Casemiro, a second-half substitute like Ronaldo and Antony, who wasn’t available after completing his move from Ajax on Thursday, strengthening the team. Back-to-back clean sheets is a big positive, too.

Ronaldo might yet play a significant part this season after failing to secure a move away in the transfer market that shut soon after the full-time whistle. He came on in the 68th minute and looked lively, an acrobatic bicycle kick flying just wide.

“Once we have Cristiano Ronaldo and Casemiro getting fitter, it will get better still,” Ten Hag said. “We need not only a team, we need a squad.”

In the end, Sancho’s goal separated the teams and it came after United claimed possession following a Leicester goal kick. Bruno Fernandes found Marcus Rashford in a central position and he slipped in Sancho, who rounded goalkeeper Danny Ward and slotted the ball into an empty net.

Leicester is now the Premier League’s crisis club, with just one point from its first five games and two points adrift in last place. The pressure is rising on its manager, Brendan Rodgers, who grumbled after the match about the club’s failure to strengthen the squad in the summer transfer.

Leicester only signed one outfield player, unheralded defender Wout Faes from French club Reims, and he only arrived on deadline day to fill the gap left by the departure of Wesley Fofana to Chelsea.

“With the greatest respect,” Rodgers said, “we have not had the help in the market this team needed.”

The hosts only seriously threatened United goalkeeper David De Gea once and that was from a free kick, which James Maddison whipped over the defensive wall and brought out a fine one-handed save. James Justin blazed over in stoppage time with Leicester’s other good chance. United will face a bigger challenge on Sunday, when Arsenal (with its 100% record) visits Old Trafford. (With PTI inputs)