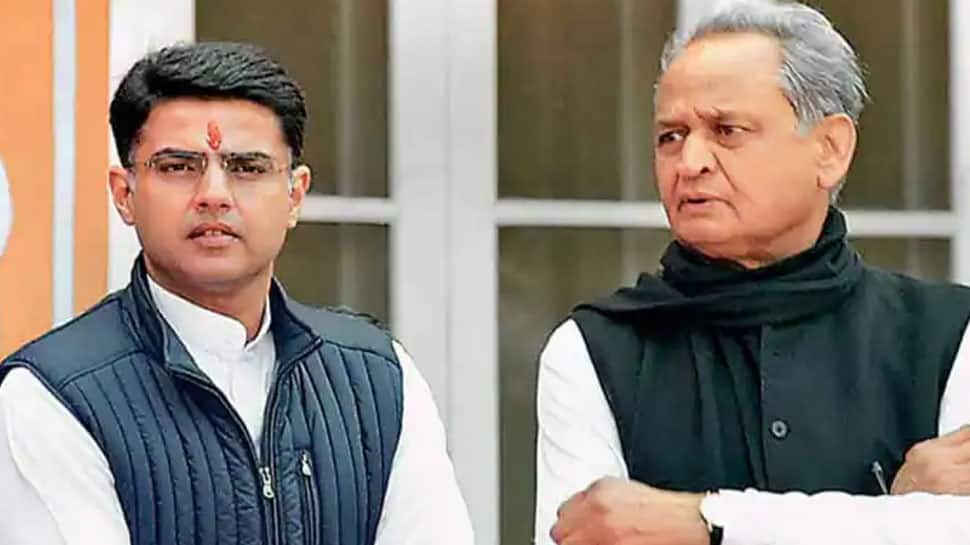 In an interview with a private TV news channel, Gehlot alleged that Union Home Minister and senior BJP leader Amit Shah was involved in Pilot’s rebellion when some Congress MLAs loyal to him were holed up in a Gurugram resort for more than a month. He also claimed that Union Minister Dharmendra Pradhan visited them often, claiming that he has proof that an amount of Rs 10 crore was paid to each of those legislators, including Pilot.

Responding to Gehlot`s remark, State Minister Rajendra Singh Gudha claimed that 80 per cent of the MLAs are with Sachin Pilot and there is no better politician than him.

“We will leave our stake for the chief ministership if you do not find 80 per cent MLAs with Sachin Pilot… No better politician than him,” said the State Minister. The State Minister also demanded a meeting to prove his claim. Chief Minister Gehlot and Sachin Pilot have come face to face again. Both are levelling allegations against each other.

Gehlot and Pilot have been at loggerheads over chief ministership ever since the Congress won the Rajasthan polls in 2018. While Gehlot has been maintaining that Pilot does not enjoy the support of a majority of the Congress MLAs, the Pilot camp has been claiming that the legislators want a change in the leadership.

Retaliating to Gehlot`s derogatory remarks. Pilot said that the allegations made by the Rajashtan CM were “baseless”. “Ashok Gehlot is a senior and experienced leader, I don`t know who is advising him to level false, baseless allegations against me. Today it is required to strengthen the party,” Pilot said while talking to ANI.

Pilot called the accusations unjustified at a time when the party needs to stand together against the BJP and support Bharat Jodo Yatra to make it successful. Congress General Secretary in-charge Communications Jairam Ramesh also condemned CM Gehlot`s remark and said that the differences should be resolved in a manner that strengthens the Congress.

“Ashok Gehlot is a senior and experienced political leader. Whatever differences he has expressed with his younger colleague Sachin Pilot will be resolved in a manner that strengthens the Congress,” said Congress General Secretary Jairam Ramesh.

BJP`s Rajasthan unit president Satish Poonia on Thursday said his party “cannot be held guilty” for the tussle between Congress party colleagues Ashok Gehlot and Sachin Pilot after the Rajasthan Chief Minister alleged the saffron party had sent Rs 10 crore to each MLA of Pilot camp to topple the Congress-led state government.

“Sachin Pilot has nothing to do with BJP. This is an internal quarrel within Congress. How can we be guilty of the ongoing feud? There is no substance in Gehlot`s allegations. We never met or talked to Pilot. We never needed Pilot before, and we don`t need him even now,” he said.

“It never happens that a party has to sack its Deputy CM and Pradesh Congress Committee chief. We did not ask anyone to go and topple the government. This was their own issue. An attempt has been made to make BJP a reason while the quarrel was their own. Even the fault was their own. Gehlot has made the BJP a medium of allegation for his own defence,” he added. Poonia further said that the people of Rajasthan have been suffering for 4 years.

On the allegations of sending money from the BJP headquarters to “pro-Pilot MLAs”, Poonia said: “These are allegations… that`s why nothing comes out of them. This is poor defence and face-saving by Ashok Gehlot.

Responding to a question if the BJP leaders met Pilot and MLAs, Poonia said: “Why would we meet, what is the reason? He was not our MLA. He was the PCC chief. We didn`t send them… what to do if someone wants to break away from his party?”