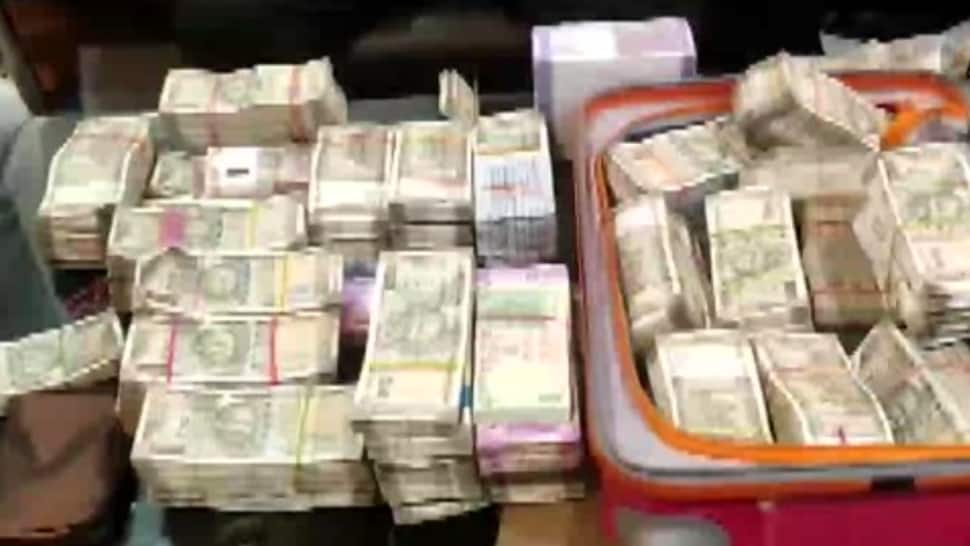 Bhopal: The Madhya Pradesh police’s Economic Offences Wing (EOW), probing a disproportionate assets complaint, recovered more than Rs 85 lakh in cash from the Bhopal home of a state government clerk who consumed some liquid that was suspected to be poisonous during a search on Wednesday, an official said. During the search at the residence of upper division clerk Hero Keswani, currently drawing a salary of around Rs 50,000 per month, an EOW team also recovered documents pertaining to several properties worth crores of rupees, he said.

The search operation continued till late on Wednesday night and a note counting machine was brought to compute the exact value of the pile of cash found at his home located in the Bairagarh area, the official said.

Keswani also tried to stop officials from searching his home and pushed them, he said.

“He was rushed to the state-run Hamidia Hospital. His condition is stable and he is undergoing treatment for blood pressure-related problems,” the SP said.

By the evening, more than Rs 85 lakh in cash had been found beside the documents related to immovable properties and other assets worth crores of rupees at Keswani’s residence, said Mishra.

It is estimated that he owns properties worth Rs four crore, he said.

Keswani’s plush residence, where costly decorative items were found, itself was worth around Rs 1.5 crore, the EOW official said.

The SP said the clerk had started his job at a salary of about Rs 4,000 a month and was currently drawing around Rs 50,000 per month. Amounts running into lakhs of rupees were found deposited in the bank accounts of Keswani’s family members.

He had purchased most of the properties in the name of his wife, a homemaker with no source of income, the official said.

The overall value of the assets unearthed during the search will be known only after the completion of valuation work and verification of documents, Mishra said.