Home Business Rupee slips 2 paise to close at 79.85 against US dollar 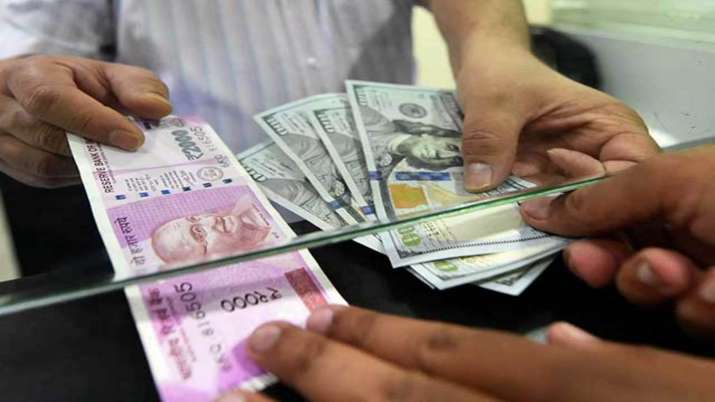 The rupee consolidated in a narrow range and depreciated 2 paise to close at 79.81 (provisional) against the US dollar on Wednesday.

At the interbank foreign exchange market, the domestic currency opened at 79.84 per dollar. It hovered in a range of 79.68 to 79.87 during the session.

Surge in crude oil prices and mixed to negative domestic equity markets restricted the rupee’s movement. The greenback declined on disappointing economic data from the US, said Anuj Choudhary – Research Analyst at Sharekhan by BNP Paribas.

Choudhary further added that safe-haven appeal on weak global markets and surge in US Treasury yields supported the dollar. However, FII inflows may support the rupee at lower levels.

“Market participants may also remain cautious ahead of Fed Chair Jerome Powell’s speech at the Jackson Hole Symposium later this week,” Choudhary said, adding that the USD/INR spot price is expected to trade in a range of Rs 79.20 to Rs 80.50 in the next couple of sessions.
Meanwhile, the dollar index, which measures the greenback’s strength against a basket of six currencies, was up 0.03 percent at 108.65.

Foreign institutional investors turned net buyers in the capital market on Tuesday as they purchased shares worth Rs 563 crore, as per exchange data.