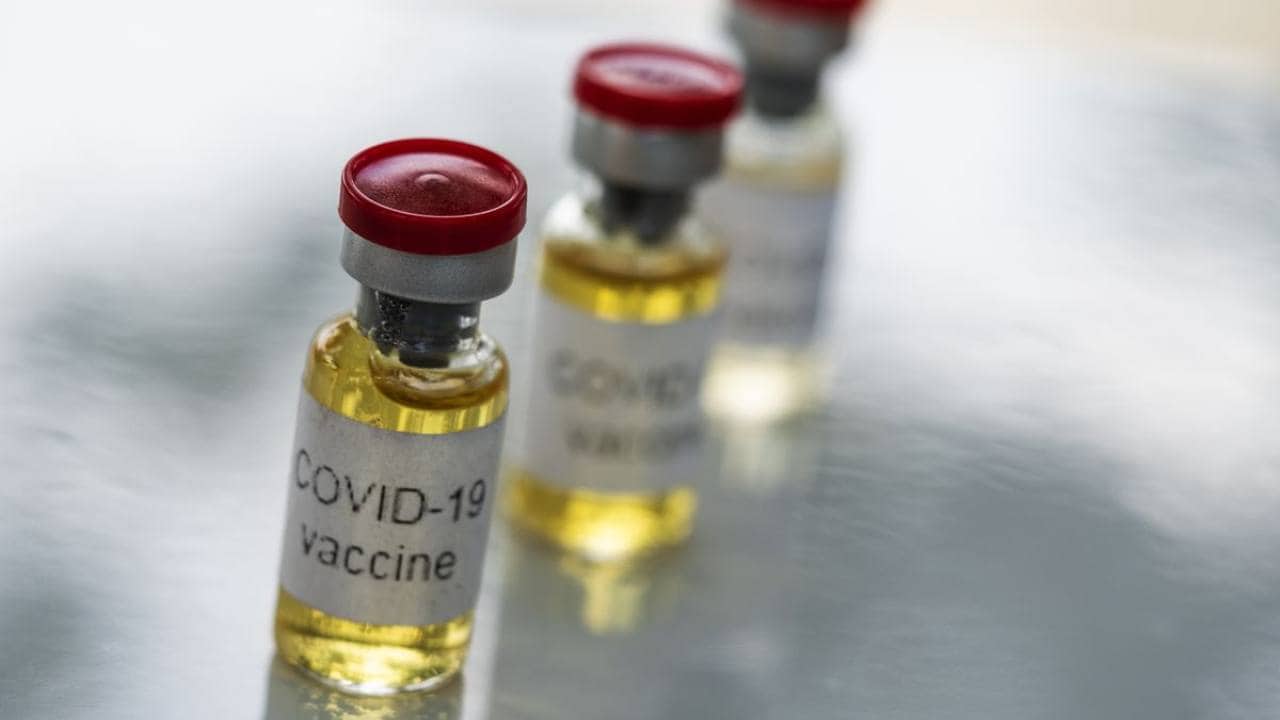 Sputnik V can only be used on people within the age groups of 18-60 as more studies need to ensure the vaccine is safe for older people.

Editor’s Note: This story was first published on 6 August 2020 and has been republished on 12 August due to the launch of the vaccine. This is an ongoing story and will be updated as and when new information comes in.

In a race to find a vaccine that will protect people from the novel coronavirus, six candidates from around the world are now in phase three of human trials. Recent reports from Russia claim that one of their candidates has completed safety and efficacy testing in human trials successfully. Russia will reportedly begin producing the vaccine soon and already has plans for a massive, country-wide vaccine drive.

Russia currently has two COVID-19 vaccine candidates in the race – one, a vaccine being developed by the Vektor State Research Center of Virology and Biotechnology. The second is a vaccine being produced by the Gamaleya Scientific Research Institute of Epidemiology and Microbiology along with the Russian Defence Ministry.

As of 1 August, TASS reported that Phase 1 and 2 clinical trials of the Gam-COVID-Vac Lyo – the vaccine candidate from the Gamaleya Scientific Research Institute – were complete.

Sputnik V uses the common cold-causing adenovirus – that’s been modified to carry genes for the “spike” protein that coats the coronavirus, as a way to prime the body to recognize if a real COVID-19 infection comes along.

The human trials of the Gam-COVID-Vac Lyo – the vaccine candidate from the Gamaleya Scientific Research Institute – are now complete.

TASS reported the head of the Russian Direct Investment Fund (RDIF) Kirill Dmitriev as saying that people who were injected with Gam-COVID-Vac Lyo developed immunity 21 days after receiving the first dose. Their immunity has doubled after they received the second injection, he added. The vaccine is supposed to help people develop immunity to the virus for at least two years.

“I can tell you, from the first and second phase we have a hundred percent of people developing immunity after day 21. It doubles after the second shot. Hundred percent of animals were also protected (against the novel coronavirus),” Dmitriev told TASS.

However, Sputnik reported that the vaccine can only be used on people within the age groups of 18-60. More studies need to be conducted to ensure the vaccine is safe for older people. This will be done in the post-registration clinical trials.

However, it was only on 13 July that the reports came out with Russia claiming that their two-part phase I trial was a success.

Russia has not publicly shared any findings from the vaccine trials. The World Health Organisation has been tracking over 160 leading COVID-19 vaccine candidates and hasn’t reported the Gamaleya vaccine clearing the second or third phases of trials in humans. Health experts are worried that Russia is cutting corners and fast-tracking the process, putting people at risk. The WHO also stepped in and has urged the country to follow the established guidelines to produce a ‘safe and effective vaccine’.

WHO spokesman Christian Lindmeier said at a press conference, “Sometimes individual researchers claim they have found something, which is of course, as such, great news. But between finding or having a clue of maybe having a vaccine that works, and having gone through all the stages, is a big difference.”

Dr Anthony Fauci, director of the National Institute of Allergy and Infectious Diseases in the United States cautioned, “I do hope that the Chinese and the Russians are actually testing the vaccine before they are administering the vaccine to anyone.”

In a report by Bloomberg, Svetlana Zavidova the Executive Director of the Association of Clinical Trials Organizations said. “Why are all corporations following the rules, but Russian ones aren’t? The rules for conducting clinical trials are written in blood. They can’t be violated.”

“This is a Pandora’s Box and we don’t know what will happen to people injected with an unproven vaccine,” she added.

“Vaccines that are not properly tested can cause harm in many ways — from a negative impact on health to creating a false sense of security or undermining trust in vaccinations,” Thomas Bollyky, director of the global health program at the Council on Foreign Relations told The Associated Press.

On 2 August, Chief of Russia’s sanitary watchdog Anna Popova tried to reassure everyone in an interview on the Rossiya-1 television channel by saying, “I have no doubts that the vaccine (against the novel coronavirus) that is to reach people will be absolutely safe and, of course, efficient.”

“I would like to hope that the (immunity) will be sustainable and lasting,” she added.

The Russian Defence Ministry also stepped in to clarify that it “tests the vaccine on volunteers in full compliance with the acting legislation and scientific methodological regulations, in order to prevent further risks, without any attempt to reduce the duration of the research.”

On 12 August, Russia had approved Sputnik V (the official name of the vaccine) and registered it as the first Coronavirus vaccine, while the world looked on with concern since they had not completed the phase III of the clinical trial. Phase III is the only way to know with statistical certainty whether a vaccine can prevent an infection, and how effective it is. And because it tests a much larger group of people, a Phase 3 trial can also detect more subtle adverse effects of a vaccine that earlier trials could not.

The very next day, under 24 hours, the Health Minister Mikhail Murashko had announced that mass production of the vaccines have already begun. Within two weeks time, the vaccine will be delivered to Russian hospitals and will be given to people who volunteer for it including doctors.

The WHO has responded to Russia’s claim and said that a rigorous review of the vaccine’s safety data needs to be submitted if the country wants the WHO’s stamp of approval.

“Pre-qualification of any vaccine includes the rigorous review and assessment of all the required safety and efficacy data,” Tarik Jasarevic, spokesperson for WHO, said during an online press briefing.

“We are in close contact with the Russian health authorities and discussions are ongoing with respect to possible WHO pre-qualification of the vaccine.”

Production of vaccine to begin

A Reuters report, citing an anonymous source, said that Russia’s first potential vaccine will be approved by regulators this month. Production of this vaccine is all set to begin September.

Industry and Trade Minister Denis Manturov said in an interview with TASS said “The Gamaleya Institute is working on serial production with three enterprises with facilities in the Vladimir, Yaroslavl and Moscow regions, those are Generium, R-Pharm and Binnopharm… We very much hope that serial production will start as early as in September.”

While no exact numbers were given, Manturov said that ‘several thousands of doses’ will be produced each month this year. By 2021, Russian companies will produce ‘several million’ doses of the Gamaleya National Research Institute of Epidemiology and Microbiology vaccine. Dmitriev, in an interview with the Rossiya-24 TV channel, said that more than 20 countries from around the world have shown interest in producing the Russian vaccine.

“And more than five countries are now actively working with us to start producing the Russian vaccine,” he added.

On 1 August, Murashko said that Russian plans on starting a mass vaccination campaign against the novel coronavirus in October. According to a report by Livemint, the vaccine will be first given to doctors and teachers.

The EpiVacCorona vaccine being produced by the Vektor State Research Center and the Biotechnology of the Federal Service for Surveillance on Consumer Rights Protection and Human Wellbeing recently announced that they will begin mass production of the vaccine in November.

They had begun their human trials on 24 July and as of 4 August 2020, only three volunteers out of five have been vaccinated with the fifth volunteer getting the first dose yesterday, 5 August. The age from 18-30 years. The EpiVacCorona doses will be administered again after 21 days.

According to the Federal Service for Surveillance on Consumer Rights Protection and Human Wellbeing, Russia is developing 26 additional coronavirus vaccine candidates at 17 research institutions. Murashko said that in the next six to eight weeks, developers of two other vaccines will put in their permission request to start clinical trials on volunteers.

Cozy Bear: Everything we know about the hackers reportedly targeting COVID-19 vaccine research

5 menstrual hygiene practices to keep in mind for healthy periods

How consumption of stale food may lead to foodborne illness caused by bacteria, viruses, parasites