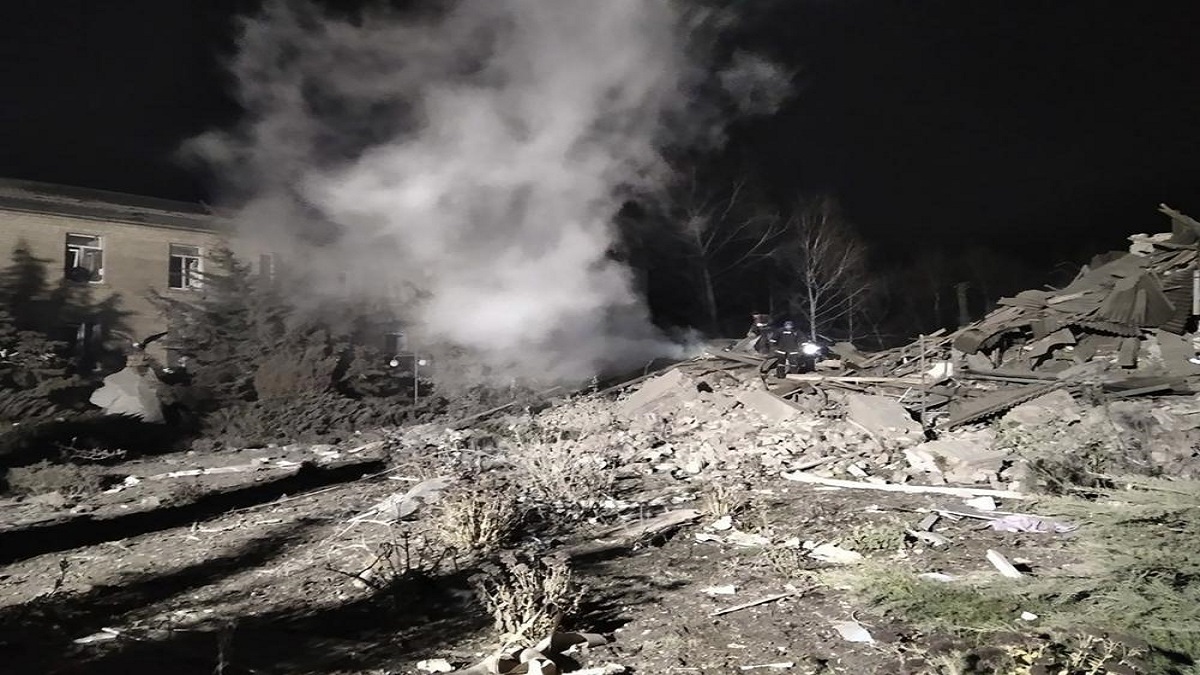 Russia-Ukraine war: Multiple explosions were heard in Kyiv today (November 23) after air raid sirens sounded in Ukraine’s capital and elsewhere across the country. The thunderous echoes of what sounded like repeated blasts rattled across the capital. Mayor Vitali Klitschko posted on Telegram that “one of the capital’s infrastructure facilities has been hit.” He urged people to “Stay in shelters! The air alert continues.”

Klitschko didn’t give further details, and there was no further information on whether and what targets may have been hit. Russia has been repeatedly pounding Ukraine’s war-time capital and power facilities across the country in recent weeks, causing widespread blackouts.

An overnight rocket attack destroyed a hospital maternity ward in southern Ukraine, killing a 2-day-old baby, Ukrainian authorities said Wednesday. Ukraine’s first lady said the attack caused “horrible pain,” vowing that “we will never forget and never forgive.” The baby’s mother and a doctor were pulled alive from the rubble in Vilniansk, close to the city of Zaporizhzhia.

The region’s governor said the rockets were Russian. The strike adds to the gruesome toll suffered by hospitals and other medical facilities- and their patients and staff- in the Russian invasion that will enter its tenth month this week.

They have been in the firing line from the outset, including a March 9 airstrike that destroyed a maternity hospital in the now-occupied port city of Mariupol.

“At night, Russian monsters launched huge rockets at the small maternity ward of the hospital in Vilniansk. Grief overwhelms our hearts- a baby was killed who had just seen the light of day. Rescuers are working at the site,” said the regional governor, Oleksandr Starukh, writing on the Telegram messaging app.

First lady Olena Zelenska wrote on Twitter that a 2-day-old boy died in the strike and expressed her condolences. “Horrible pain. We will never forget and never forgive,” she said.

Photos posted by the governor showed thick smoke rising above mounds of rubble, being combed by emergency workers against the backdrop of a dark night sky. The State Emergency Service said the two-story building was destroyed.

Vilniansk is in the Ukrainian-held north of the Zaporizhzhia region, and is about 500 kilometers (300 miles) southeast of Ukraine’s capital, Kyiv. Other parts of Zaporizhzhia are Russian-held and it is one of four Ukrainian regions that Russia illegally annexed in September after internationally condemned sham referendums.

Medical workers’ efforts have been complicated by unrelenting Russian attacks in recent weeks on Ukraine’s infrastructure that officials say have caused huge damage to the power grid. State grid operator Ukrenergo said that all regions of Ukraine would see power outages on Wednesday.

The situation is even worse in the southern city of Kherson, from which Russia retreated nearly two weeks ago after months of occupation- cutting power and water lines.

Many doctors in the city are working in the dark, unable to use elevators to transport patients to surgery and operating with headlamps, cell phones and flashlights. In some hospitals, key equipment no longer works.

On Tuesday, after strikes on Kherson seriously wounded 13-year-old Artur Voblikov, a team of health staff carefully maneuvered the sedated boy up six flights of a narrow staircase to an operating room to amputate his left arm.

Malischchuk said that three children wounded by Russian strikes have come to the hospital this week, half as many as had previously been admitted in all of the nine months since the invasion began. Picking up a piece of shrapnel that was found in a 14-year-old boy’s stomach, he said children are arriving with severe head injuries and ruptured internal organs.

Artur’s mother, Natalia Voblikova, sat in the dark hospital with her daughter, waiting for his surgery to end.

“You can’t even call (Russians) animals, because animals take care of their own,” said Voblikova wiping tears from her eyes. “But the children … Why kill children?”

In the northeastern city of Kupiansk, two civilians were killed and two more were wounded by Russian shelling on Wednesday morning, a regional official said.

A nine-story residential building and a clinic were damaged, and a 55-year-old woman and a 68-year-old man died, Kharkiv governor Oleh Syniehubov said on Telegram.

Kupiansk was an early prize of Ukraine’s lightning offensive in the northeastern Kharkiv region in September and, like other recaptured settlements, has seen repeated shelling by Russian forces which many Ukrainian officials describe as retaliation.

The deputy head of Ukraine’s presidential office, Kyrylo Tymoshenko, said that 11 towns and villages in total were shelled in 24 hours in the Zaporizhzhia region. He said Russian forces also launched more than 30 missiles at Ukrainian-held towns near the Zaporizhzhia nuclear power plant, Europe’s largest, damaging residential buildings and power lines.

In Strasbourg, France, the European Parliament overwhelmingly backed a resolution labeling Russia a state sponsor of terrorism for its invasion of and actions in Ukraine. The nonbinding but symbolically significant resolution passed in a 494-58 vote with 48 abstentions.

Ukrainian President Volodymyr Zelenskyy welcomed the vote. “Russia must be isolated at all levels and be held accountable in order to end its longstanding policy of terrorism in Ukraine and across the globe,” he wrote on Twitter.

ALSO READ: Russia-Ukraine war: Kyiv prepares for a winter with no heat, water or power