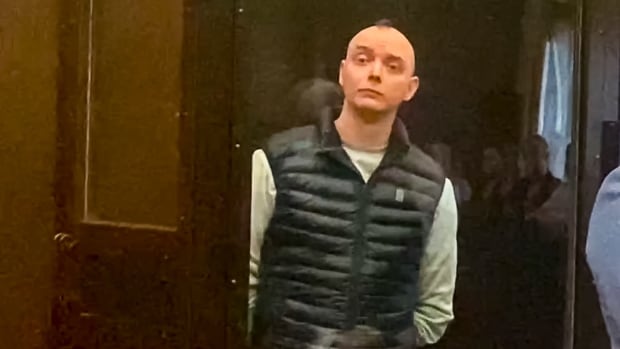 A Russian court on Monday sentenced a former journalist to 22 years in prison for treason after prosecutors said he disclosed state secrets, a ruling his supporters said was a harsh punishment that showed the absence of media freedom in Russia.

Ivan Safronov, 32, who was a defence and space reporter for the Kommersant and Vedomosti newspapers before becoming adviser to the head of Russia’s space agency, was arrested in 2020 and accused of disclosing classified information. He has been in custody since his arrest in Moscow.

Safronov’s father also worked for Kommersant, covering military issues after retiring from the armed forces. In 2007, he died after falling from a window of his apartment building in Moscow.

Investigators concluded that he killed himself, but some Russian media outlets questioned the official version, pointing to his intent to publish a sensitive report about secret arms deliveries to Iran and Syria.

Safronov’s lawyers told the RIA Novosti news agency they will appeal the verdict. His supporters say the case is retribution for his reporting, which exposed details of Russia’s international arms deals.

‘Charge of treason is absurd’

“Everybody who is close to Safronov believes the charge of treason is absurd,” journalist Katerina Gordeeva said after interviewing his mother, sister and former colleagues for a documentary about the case.

“It is obvious to us that the reason for persecuting Ivan Safronov is not ‘treason,’ which hasn’t been substantiated … but his work as a journalist and stories he published without any regard for what the Defence Ministry or Russian authorities think,” the statement read.

Included in the statement was media outlet Novaya Gazeta. Separately on Monday, a Moscow court revoked the publishing licence for the media outlet, a flagship independent newspaper that ceased publishing days after Russia sent tens of thousands of troops into Ukraine and imposed strict new controls over media outlets.

The European Union on Monday also urged Russian authorities to drop all charges against Safronov and “release him without any conditions,” denouncing “systematic repressions of the regime against independent journalism.”

Speaking outside the courtoom, Safronov’s lawyer, Dmitry Katchev, said he was almost lost for words at the ruling.

He said he could not find any examples of any treason cases leading to such a lengthy sentence, let alone against a journalist.

Prosecutors said Safronov shared state secrets about Russia’s arms sales in the Middle East to the Czech Republic’s foreign intelligence arm. He has denied the charges and last month rejected a plea deal that would have seen him serve a 12-year prison sentence.

Information was not secret, defence says

Safronov said the information he is alleged to have passed to the Czech Republic was all open source public information.

During the trial, his legal team published links to 19 published articles and government statements that prosecutors claim constitute the “state secrets” Safronov is alleged to have passed to Czech foreign intelligence.

“Ivan never sent any secret information anywhere — for money or for free…. He was an ordinary journalist, honestly doing his job,” his lawyers said in a statement.

Following his arrest, the Kremlin called Safronov a “talented journalist,” while it has repeatedly denied involvement with the case.

His defence team believes the trial is retribution for Safronov revealing Russia’s plans to sell fighter jets to Egypt. The estimated $2-billion US deal was scrapped soon after when the U.S. threatened sanctions on Cairo if it went ahead.

As drag shows in the U.S. are increasingly targeted, the community fears violence | CBC News