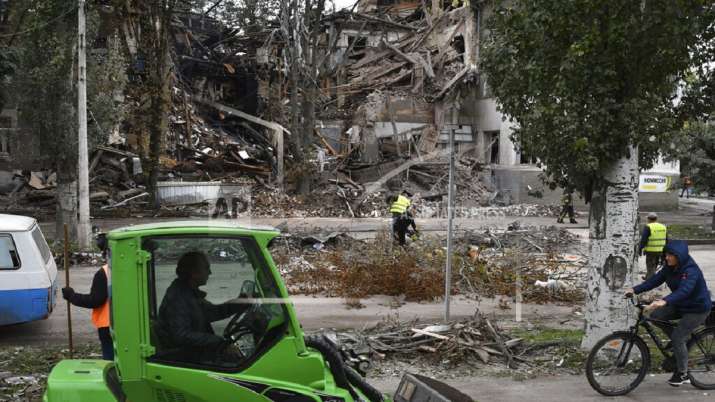 Russia-Ukraine war: A top Russian security official has issued the sternest warning yet that Moscow has the right to use nuclear weapons against Ukraine if under threat, saying that the West won’t dare intervene.

Dmitry Medvedev, the secretary of Russia’s Security Council chaired by Russian President Vladimir Putin, on Tuesday said that “if a threat to Russia raises above a certain limit of danger, we will have to respond without asking anyone’s consent and holding long consultations.” “And it’s certainly not a bluff,” he said.

Medvedev is one of Putin’s closest associates and is widely seen as expressing the Russian president’s views. His comments on Tuesday marked the bluntest official warning yet that Moscow is pondering the use of nuclear weapons to halt Ukraine’s push to reclaim Russia-held regions.

Kyiv and its Western allies have dismissed the Kremlin’s nuclear talk as scare tactics. Medvedev insisted that the right to use nuclear weapons is in line with Russia’s nuclear deterrence doctrine, which states such weapons can be used if the country comes under a nuclear attack, or in case of aggression with conventional weapons that “threatens the very existence of our state.”

“Let’s imagine that Russia is forced to use the most powerful weapon against the Ukrainian regime that has committed a large-scale act of aggression, which is dangerous for the very existence of our state,” Medvedev wrote on his messaging app channel. “I believe that NATO will steer clear from direct meddling in the conflict in that case.”